Almost a dozen new grand openings are slated for October.

Following up on a second quarter that saw an approximate 20% rebound in comparable sales, retailer Dick's Sporting Goods (DKS -3.06%) announced its plans today to open 11 new stores across the United States. The company is pairing the rollout with promotions possibly aimed at jump-starting an early kickoff to the 2020 holiday shopping season.

The new openings will stretch across the United States, from Virginia to Florida to Oregon. Store brands featured in the launches include six Dick's Sporting Goods outlets, two Golf Galaxy locations, and three Dick's Sporting Goods Warehouse Sales stores, which offer discounted goods with prices slashed anywhere from 30% to 75% in an effort to appeal to off-price buyers. Dick's notes the new outlets "will bring approximately 400 collective jobs to communities." 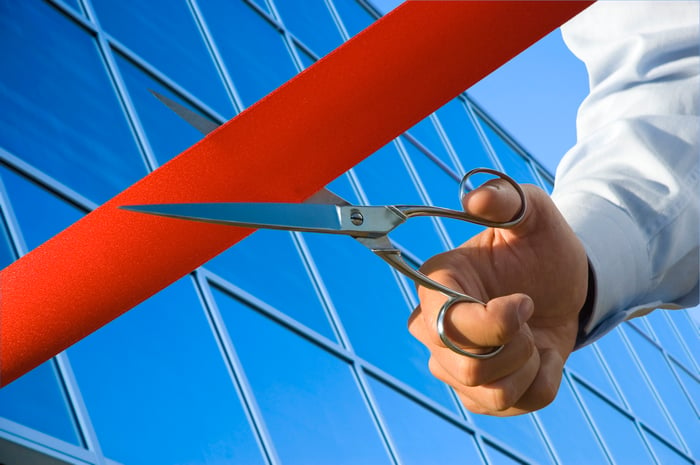 Dick's is carrying out the store launches despite the acceleration of the "retail apocalypse" caused by the COVID-19 pandemic in 2020. Multiple retailers, including big-name chain store J.C. Penney, were driven to file for bankruptcy protection by their dependence on brick-and-mortar retail during an era of skyrocketing e-commerce and coronavirus closures or lockdowns. According to LinkedIn News, citing Wall Street Journal data, 29 major retailers have declared bankruptcy so far this year, 18 in the first half of 2020 and the other 11 in the second half.

Dick's has several other plans for October besides the 11 grand openings. Its first Soccer Shop will open on Oct. 23, though this will be a special shop inside an existing location and not a stand-alone store brand, with additional Soccer Shops due in November. It will also launch a Loyalty Appreciation Week starting on Oct. 5 to encourage shopping by ScoreCard loyalty members by offering bonus points.