The tech-heavy index underperformed the market for a change.

The stock market had a tough day on Friday, and the Nasdaq Composite (^IXIC -0.52%) suffered the brunt of the downdraft. Concerns about news that President Trump and other prominent officials in the administration have tested positive for COVID-19 were enough to take the air out of the rally earlier this week. The Nasdaq ended up losing more than 2% on the day.

The most prominent stocks in the Nasdaq have been among the best performers recently, and both Tesla (TSLA -0.19%) and Netflix (NFLX -2.04%) have made solid contributions to the bull market. On Friday, though, both finished sharply lower. Here's why.

Could Tesla have made investors happy with any number?

Tesla shares finished down more than 7% on Friday, giving up all their gains from earlier in the week. The automaker released its much-anticipated delivery numbers for the third quarter, and given how good they were, it's somewhat surprising to see the stock fall in response. 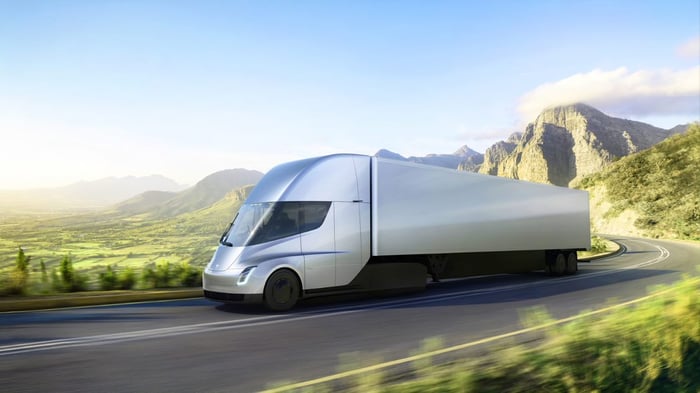 The delivery numbers were the best in Tesla's history, and they were also better than what most of those following the stock had anticipated. Nevertheless, the company has done a good job in the past of wildly surpassing expectations, and it's possible that its failure to do so this time around was enough to pull down the high-flying auto stock.

Yet to keep some perspective, Tesla's value is still double what it was as recently as late June. For long-term investors, it's hard to treat small one-day drops like this as a big deal.

Elsewhere, Netflix shares lost almost 5% of their value on Friday. Having faced some pushback on a controversial new release, the streaming video giant might have seen more customers leave than normal.

Analysts at Bank of America's securities division didn't make any changes to their overall views on Netflix stock, keeping their buy rating and maintaining the $575 per share price target they've put on the video entertainment provider. However, BofA did note that industry data shows a slightly higher churn rate for September than Netflix had earlier in the summer. It attributed part of that churn to Cuties, which has gotten criticism for its initial promotional poster and the trailer's depiction of the content of the series.

In addition, downloads of Netflix software have dropped lately. Competition from other streaming services has only increased recently, and the return of some popular forms of content, including sports, is also putting pressure on Netflix.

It was always going to be hard for Netflix to sustain the pace of growth it enjoyed at the beginning of the COVID-19 pandemic. What remains to be seen, though, is whether the company can maintain a good balance between making the most it can from its pioneering video streaming service and ensuring that customers get the content they want at a price they're willing to pay.

Did Netflix Just Signal the End of the Bear Market?

Tesla and Netflix Will Make or Break the Nasdaq This Week