Shares of CoreCivic (CXW 0.90%) fell 14.1% in September, according to data from S&P Global Market Intelligence.

Despite having been added to the S&P SmallCap 600 index the month before, the stock has trended down for most of the year and currently stands 53% below where it began 2020. 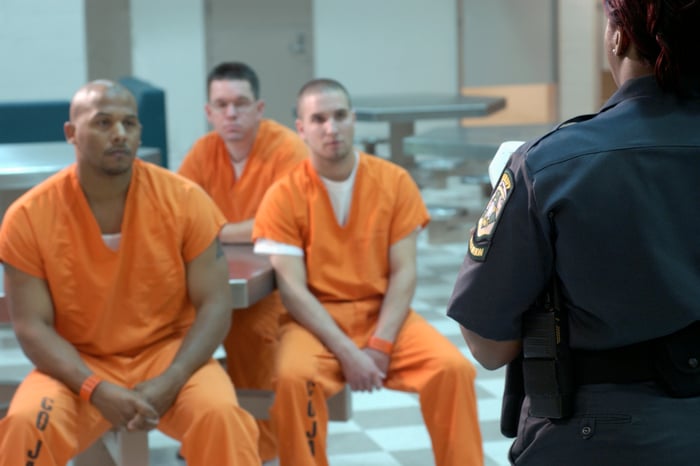 That's mostly the result of CoreCivic transforming from a real estate investment trust to a C-corp, which caused income investors to abandon the stock (the prison operator ceased making dividend payments in June).

REITs are required to return most of their profits to shareholders, but the 15% yield that CoreCivic's dividend was offering before the suspension suggested the market wasn't enamored with the setup.

That presidential election could also be weighing on CoreCivic's stock. The private prison operator had ridden a wave of euphoria higher after President Trump won in 2016, but polling indicates former vice president Joe Biden has a lead and that could add more pressure to the shares. Minimizing the use of private prisons would likely be a feature of a Biden presidency.

Still, CoreCivic continues to win contracts, such as last month's three-year agreement with the U.S. Marshals Service for its Cushing, Oklahoma, prison. CoreCivic had previously intended to idle the nearly 1,700-bed facility as the state had been sending fewer prisoners there due to budget constraints. Now it will be able to continue operations there uninterrupted.

There remains a lot of uncertainty surrounding CoreCivic's future, and while it has probably cycled out of those investors that were in it for the dividend, it might not be a stock to purchase until there is more clarity.