The company announced pricing for the issuance of stocks and warrants just four months after going public.

The gold and silver miner announced that its stock offering will be upsized and priced at $9 per share, which is in line with yesterday's closing price. The offering of common stock and warrants will result in gross proceeds of about $75 million. 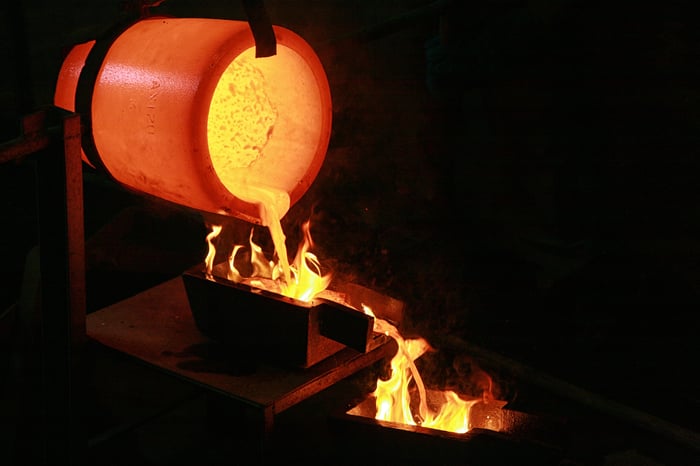 The mining company just became publicly traded through a merger with special acquisition company (SPAC) Mudrick Capital Acquisition on June 1, 2020. The transaction left Hycroft with $50 million in cash on hand, as well as a $110 million senior secured credit facility, of which $70 million was drawn upon the closing.

Investors aren't thrilled to see the company raising funds so soon after the merger transaction. Upon going public, Hycroft had just over 50 million shares outstanding. The new public offering of over 8 million shares dilutes current shareholders by about 16.5%, closely matching the share price drop this today.

Hycroft owns a gold and silver mine in northern Nevada. The Hycroft Mine was restarted in 2019 to demonstrate its feasibility on a commercial scale. After that initial success, the company implemented a long-term mine plan, beginning with construction in April 2020.

The company says the mine is one of the largest gold and silver deposits in the world, and believes it has more than a 30-year mine life. Some existing investors lost confidence today, and aren't willing to wait around for those potential future returns.