Please ensure Javascript is enabled for purposes of website accessibility
Log In Help Join The Motley Fool
Free Article Join Over 1 Million Premium Members And Get More In-Depth Stock Guidance and Research
By Alex Carchidi – Updated Oct 5, 2020 at 9:55AM

Their addressable markets may be small, but that doesn't mean developers will fail to profit from these boundary-breaking drugs.

If you've ever thought about investing in a company that develops medicines for rare diseases, you've probably recognized the market-creating impact of orphan drug designations. Orphan drugs are medicines for extremely rare conditions that governments incentivize companies to develop, which otherwise wouldn't be profitable ventures. In the U.S., drug developers can petition the U.S. Food and Drug Administration (FDA) for an orphan drug designation for any potential therapy that would treat a condition afflicting fewer than 200,000 people in the country. Regulators in the E.U. and Japan have implemented similar programs for smaller patient cohorts.

Orphan drugs are viewed as lucrative projects for many in the pharmaceutical and biotech industries and are often more profitable to produce than non-orphan drugs. Compared to medicines for larger patient populations, orphan drugs tend to cost less to move through the clinical trial process. They enable monopolistic pricing power once they have been approved, because target patients often have no other therapy options. Companies also benefit from the positive public relations impact of taking on projects that benefit under-served and under-researched patient populations. So, if you plan on investing in a biotech or pharmaceutical company anytime soon, you'll be better off once you've learned the ins and outs of orphan drug designations. 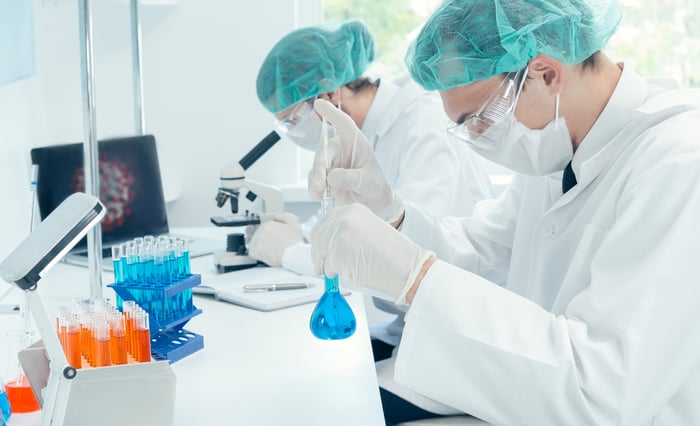 What the orphan drug designation accomplishes for developers

In the U.S., the orphan drug designation confers several benefits. First, companies get a tax credit worth up to 50% of the medicine's research and development (R&D) costs. Second, orphan drug projects often receive grants for up to several million dollars to subsidize each phase of clinical trials, which gives smaller companies a chance to make medicines for rare diseases without worrying as much about hefty costs. Finally, manufacturers of orphan drugs are entitled to seven years of marketing exclusivity, and an orphan drug indication does not preclude companies from seeking out larger drug indications in the future.

These incentives have a massive impact on the market. More than 700 orphan medicines have been commercialized in the last 40 years, and countless others are in development. The orphan drug market has grown nearly twice as fast as the wider drug market over the last five years. Furthermore, phase 3 clinical trials for orphan drugs cost half as much as for non-orphan drugs on average, thanks to subsidized expenses and smaller cohort sizes. In total, roughly 27% of pharmaceutical pipeline projects worldwide were for orphan drugs in 2019.

Investors should know that orphan drug designations are disproportionately awarded to therapies for specific patient populations. Since the program's initiation in 1983, 75% of the designations awarded by the FDA were for pediatric medicine, and 67% of designations were for rare cancers.

Don't mistake the seemingly small patient niches as a signal of unprofitability. For Alexion Pharmaceuticals' (ALXN) orphan drug, Soliris, each patient earned the company more than $400,000 in revenue in 2018 -- more than enough to justify the company's strategy of exclusively developing drugs for rare diseases. Furthermore, Alexion's trailing quarterly revenues are growing at a rate of 20.1% year over year, so its business has plenty of room to expand. Alexion is not the only pharma competitor clued into the benefits of an orphan drugs approach, however. Vertex Pharmaceuticals (VRTX -1.01%) has also benefited heavily from its development programs for cystic fibrosis, grossing more than $3 billion in 2018 alone. Vertex's revenues are growing even more rapidly than Alexion's despite its narrow focus, with trailing quarterly revenues expanding by 62% year over year. Both companies are profitable, though Vertex's trailing profit margin of 38.51% is more impressive than Alexion's 15.28%.

Thousands of roads to choose from

In summary, pharma and biotech investors shouldn't balk when they hear that a company is planning to pursue projects for rare diseases, because the orphan drug system is more than capable of making these endeavors profitable. By definition, companies that produce orphan drugs successfully are in the enviable position of having a market with no competition. And considering that there are around 7,000 rare diseases without any approved drugs to choose from, there is plenty of room for growth. Most companies can't focus on rare diseases alone, but those who can are rewarded with a powerful moat once they produce an orphan drug.