Alphabet's (NASDAQ:GOOG)(NASDAQ:GOOGL) core subsidiary Google is about to open its wallet for news content. Alphabet CEO Sundar Pichai wrote in an official company blog post last week that Google will pay an initial $1 billion to partner with companies providing news content that will appear on an upcoming dedicated platform called Google News Showcase.

"This financial commitment -- our biggest to date -- will pay publishers to create and curate high-quality content for a different kind of online news experience," Pichai wrote.

The announcement follows years of criticism, most prominently from the media industry, that tech giants such as Alphabet/Google disseminate news content across their ecosystems without paying the providers of that content, one way or another. 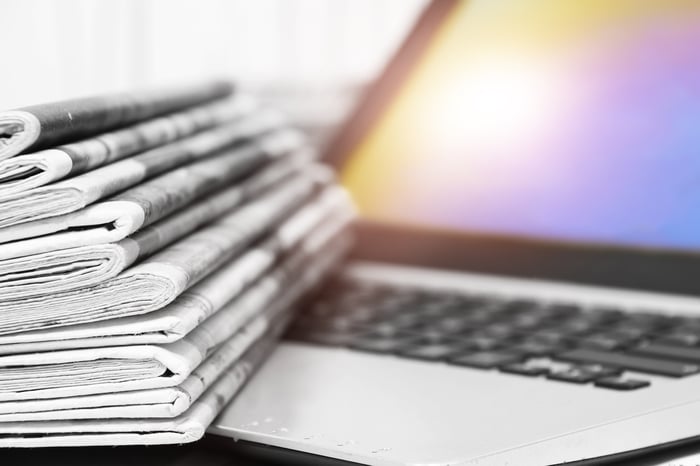 In his blog post, Pichai did not delve into the finer details about how the relationship between Google and the content producers would work, although he dropped several hints. Perhaps most importantly for critics of Big Tech, he intimated that the publishers would make editorial choices about content and presentation rather than Alphabet/Google.

Pichai also named several providers of the nearly 200 that have signed up to supply the content, although there were no American names on the list. Among others, the lineup includes Germany's Der Spiegel and Stern, and Folha De. S. Paulo from Brazil.

Pichai wrote that the Google News Showcase interface will consist of story panels that "give participating publishers the ability to package the stories that appear within Google's news products, providing deeper storytelling and more context through features like timelines, bullets and related articles." Multimedia content such as video and audio clips will eventually be rolled out in the service.