You don't necessarily get what you'd expect from an index.

Tuesday featured a big whipsaw in the stock market, and the Nasdaq Composite (^IXIC 3.34%) saw bigger swings than any of the other indexes. After having traded higher going into the early afternoon hours, the index fell sharply on news that stimulus negotiations in Washington had come to an end. By the end of the session, it was down more than 1.5%.

Investors often figure that popular benchmarks like the Nasdaq 100 or the S&P 500 are well-diversified sets of stocks. It's true that those indexes include shares from huge numbers of individual companies. But exactly how much of each stock you own as an index investor can vary widely. With the Nasdaq 100 index, it's actually one of the biggest dangers of index investing. 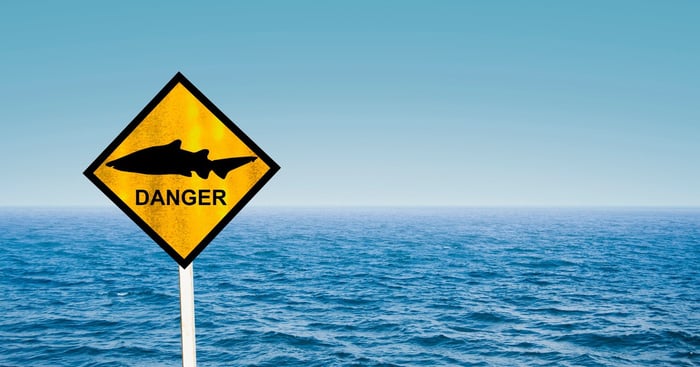 What you see isn't necessarily what you own

When you look at the stocks in the Nasdaq 100, you'll notice a nice cross-section of the broader U.S. economy. In addition to the tech companies we all know and love, you'll find plenty of businesses in other sectors. Consumer giants like PepsiCo, Costco Wholesale, and Starbucks rank among the top 25 stocks in the index. You'll also find biotech giant Amgen, media conglomerates Comcast and Charter Communications, and payment network specialist PayPal Holdings.

Yet if you own an ETF like the Invesco QQQ ETF (QQQ 3.14%) that tracks the Nasdaq 100, what you'll find upon closer inspection is that you don't get very big stakes in most of the 100-plus stocks in the index. In fact, three stocks make up more than a third of the Nasdaq 100's value.

You only have to add three more companies -- Facebook, Alphabet, and Tesla -- to get half the value of the index. In other words, investors have as much money in shares of those six companies as they do in the other 96 stocks combined.

Not just a Nasdaq problem

To be clear, the problem of concentrated portfolios isn't just an issue with the Nasdaq. Other market-cap weighted benchmarks face the same challenges, albeit without quite the level of concentration that the Nasdaq has. For instance, those same three top stocks make up about one-sixth of the total value of the S&P 500. Add in the next three, and you get close to a quarter of the S&P's total weight.

Even the price-weighted Dow Jones Industrials have problems with a lack of diversification. The nine most expensive Dow stocks carry half the weight, equal to the 21 least expensive stocks.

It's all in what you know

There's nothing sinister in the fact that the Nasdaq and other top indexes are highly concentrated in just a few stocks. It's a natural consequence of their methodologies. The index providers are quite transparent about it. There's every opportunity for investors to know what they're getting into.

What's important, though, is that every investor actually be aware of the lack of diversification in index-tracking ETFs. Otherwise, if something happens to one of the top stocks in the index, you could end up with a shock to see what a big impact it could have on what you thought was a better-diversified investment.

Why Has the Stock Market Been Down?

The Stock Market Phenomenon That's Turned the Nasdaq Upside Down

Will This Nasdaq Correction Turn Into Another Bear Market?

These Are the Most Popular ETFs Since the Pandemic Started