After heating up in July, shares of Bloom Energy (NYSE:BE) continued to warm investors' hearts in September and climbed 15%, according to data from S&P Global Market Intelligence. Early in the month, investors responded favorably to news of the company's progress in South Korea, while the stock's favorable attention from Wall Street further powered investors' enthusiasm in the middle of the month.

Partnering with SK Engineering and Construction (SK E&C), Bloom Energy announced on Sept. 2 that operations have commenced at two fuel cell-powered facilities in South Korea. The larger project, a 19.8 megawatt (MW) deployment of the company's Bloom Energy Servers, is located in the city of Hwasung and has the ability to power approximately 43,000 homes. Located in Paju, the smaller facility is an 8.1 MW deployment capable of providing power to about 18,000 homes. 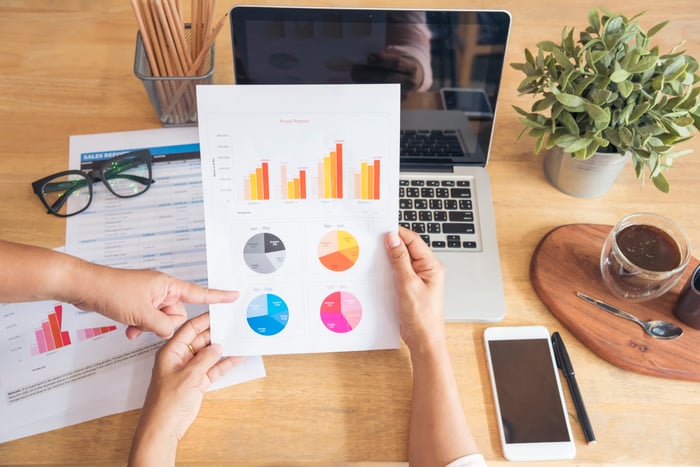 Investors took note of Bloom's early September success in its partnership with SK E&C because the relationship will play an integral role in Bloom's attempt to expand into the commercial hydrogen market -- a plan which it had announced over the summer.

Another catalyst for the stock's movement last month was a vote of confidence in the stock coming from Wall Street. On Sept. 18, Morgan Stanley reiterated its overweight rating on the stock and raised the price target to $23 from $21. 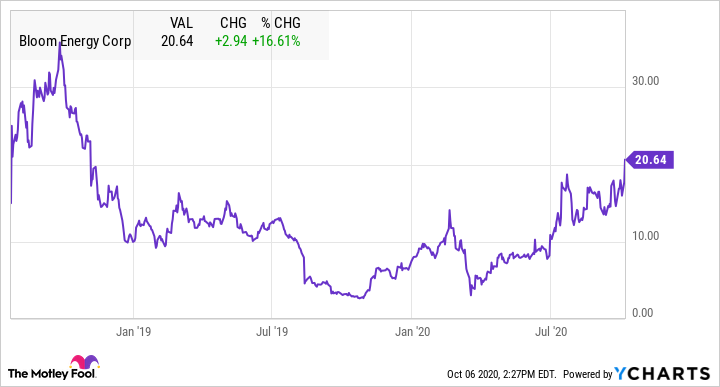 For investors charged up about Bloom Energy's prospects, the optimistic outlook which Morgan Stanley has espoused was welcome news -- especially since the stock hasn't traded as high as $23 for more than two years.

Should Bloom Energy report successes at the two facilities in South Korea, it may portend further successes in the nation, considering the government's support for the technology. Addressing its notable opportunity for growth in the country, Bloom Energy notes that South Korea's government targets 15,000 MW of stationary fuel cells by 2040.

As for the upwardly revised price target from Morgan Stanley, investors should remember that analysts oftentimes favor shorter holding periods than the long-term holding periods that we prefer. Bloom Energy has continued to draw considerable attention from investors in October as the stock has risen nearly 16% so far. However, investors focused on renewable energy should remember that there are plenty of risks inherent with this unprofitable company, and time will tell if Bloom can prove that fuel cells represent a prosperous endeavor.