The gold mining company's plan has lost its luster.

Shares of Gold Resource (GORO 0.61%) declined by more than 10% by 2:30 p.m. EDT on Tuesday. Weighing on the gold mining stock were its planned spinoff and weaker gold prices.

Yesterday, Gold Resource unveiled plans to spin off its Nevada mining unit to shareholders as a separate publicly traded company. That move would enable the legacy Gold Resource to continue focusing on operating its growing Oaxaca mining unit in Mexico. Meanwhile, the new spin-off would focus on the cash-flowing Nevada assets, allowing it to pay a higher-yielding dividend. 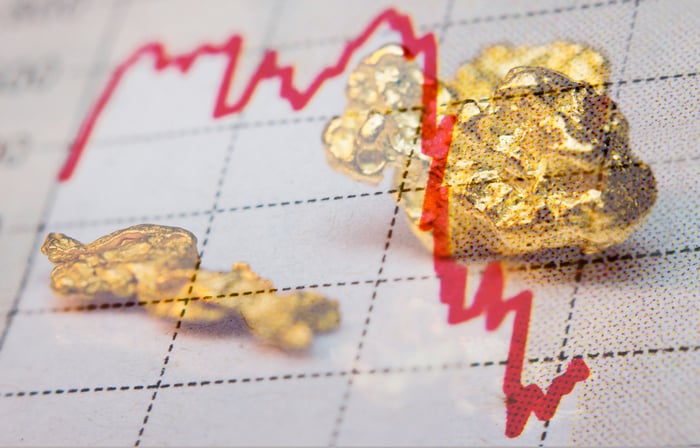 Investors initially liked the move as shares of Gold Resource popped in early morning trading yesterday. However, as time wore on, the market soured on the idea as shares ended down nearly 8%. That sell-off has continued today because investors believe that the current dual-focused company offers better risk-reward potential than two smaller separate entities.

Meanwhile, another factor weighing on the gold stock today is weaker gold prices. The precious metal slipped from a two-week high following comments by Federal Reserve Chairman Jerome Powell, who reiterated his belief that the U.S. needs more fiscal stimulus from Congress.

Investors don't like Gold Resource's plan to separate into two publicly traded companies. Because of that, it will either need to spend time defending that strategy, or change its mind and keep both its Mexican and Nevada operations together. That intrigue makes it an interesting gold stock to watch as it could bounce back if it bows to investors.