Please ensure Javascript is enabled for purposes of website accessibility
Log In Help Join The Motley Fool
Free Article Join Over 1 Million Premium Members And Get More In-Depth Stock Guidance and Research
By Billy Duberstein – Oct 6, 2020 at 8:05AM

The casino operator and part owner of Barstool Sports released its first sports betting app during the month.

Shares of Penn National Gaming (PENN -1.93%) surged 42.7% during September, according to data from S&P Global Market Intelligence. The regional casino operator, which purchased a 36% stake in Barstool Sports in January, rocketed higher on optimism around the much-anticipated release of the Barstool Sportsbook gambling app in Pennsylvania in the middle of the month.

September was also a strong month for sports, with the NFL season beginning, the NBA playoffs continuing, and Major League Baseball entering its playoffs as well, which probably didn't hurt. 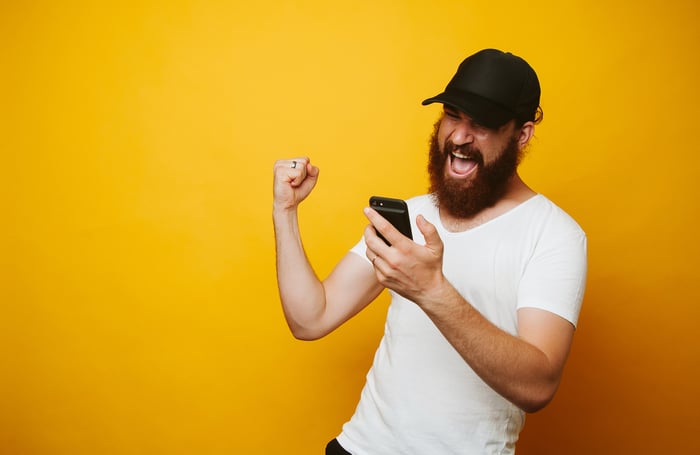 Barstool was founded by the outspoken David Portnoy and is perhaps the most successful sports media company on the internet, with wildly popular podcasts, video shows, and a social media following of 66 million monthly active users.

With the successful launch of the Sportsbook app seeming to validate Portnoy's bluster since the January acquisition, many analysts hiked their price targets throughout September, with the stock price following suit.

If you're thinking about jumping on this rocket-ship consumer discretionary stock, keep in mind that Penn is already up 185% for 2020. Furthermore, the company just sold more stock at the end of the month, capitalizing on its meteoric rise. It's also perhaps the best possible environment right now for online sports betting, as major sports are all back on, while many people are quarantining at home and not spending money on other entertainment options.

That's not necessarily a reason to sell; after all, one of the biggest questions surrounding Penn was whether or not it had the balance sheet to weather the COVID-19 losses at its physical casinos while also investing for the rollout of the Barstool Sportsbook in other states. By raising nearly $1 billion at $61 per share, Penn seems to have quelled those concerns.

Online gambling is expected to grow by leaps and bounds over the next five years, with Barclays estimating a $24 billion market opportunity by 2025. There is a huge amount of competition coming, as DraftKings and FanDuel, along with other legacy casino operators, are jumping into the game hard. But Barstool's existing media following is certainly an advantage; meanwhile, management forecasts that if it can gain just 13% market share by 2025, it would bring in another $3.2 billion in revenue and $1 billion in EBITDA. Pre-pandemic, Penn National's physical casinos brought in $1.24 billion in EBITDA in 2019.

Remember, Penn only owns a little over a third of Barstool at the moment, with an agreement to purchase up to 50% of the company within three years. Still, should casino operations get back to normal, $1.75 billion in EBITDA on a roughly $11 billion market cap and $12 billion enterprise value isn't a crazy valuation -- though it's not exactly cheap.   Thus, it wouldn't be a surprise to see Penn continue rising should the Barstool app continue to rack up impressive numbers in the App Store this football season. Just be prepared for a volatile ride in case any unexpected headwinds pop up for this high-flying stock.

Why Casino Stocks Jumped This Week
356%