Extending their 6% rise in August, shares of The Toro Company (NYSE:TTC) rose 12% in September, according to data from S&P Global Market Intelligence. In addition to rejoicing at the company's third-quarter earnings report, investors also responded favorably to the news of positive sentiment regarding the stock from Wall Street. 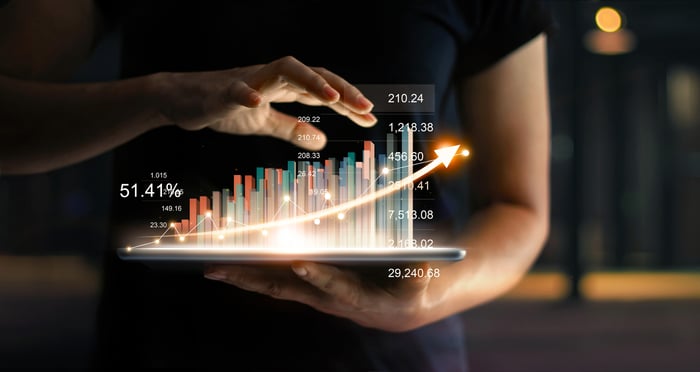 In addition to the top line of the income statement pleasantly surprising investors, the company handily beat expectations on the bottom line as well. Whereas the consensus estimate among analysts was for the company to report earnings of $0.55 per share, The Toro Company reported adjusted earnings per share of $0.82.

Further cause for celebration was also found on the cash flow statement, as the company reported $235 million in operational cash flow -- a 147% increase over the $95 million it reported in Q3 2019.

Following the company's strong Q3 performance, Timothy Wojs, an analyst at Baird, upgraded the stock to outperform from neutral and raised his price target to $88 from $80, according to Thefly.com. Moreover, Wojs recognized "improving end-user demand coupled with restocking and pent-up equipment purchases, which could result in accelerating revenue and earnings growth in 2021."

Reassuring news also came in the middle of the month, when the company announced it had declared its regular quarterly dividend of $0.25 per share, payable on Oct. 9.

While the company reported a strong Q3 performance, it's worth remembering that it had withdrawn 2020 guidance last March, and it has continued to refrain from forecasting what to expect for the remainder of the year. Therefore, it will be interesting to see how the company performs in the fourth quarter, and what management suggests investors can look for in 2021.