Walmart (WMT -1.64%), the world's largest retailer, will naturally come up in many conversations, and it is the subject of news articles. These days, people are chatting about the company mainly for the positive things it is doing. After all, the share price is up by more than 19% this year, nearly triple the S&P 500's 7% gain.

This makes it a good time to take a step back and find out what the buzz is all about before you jump into the shares. 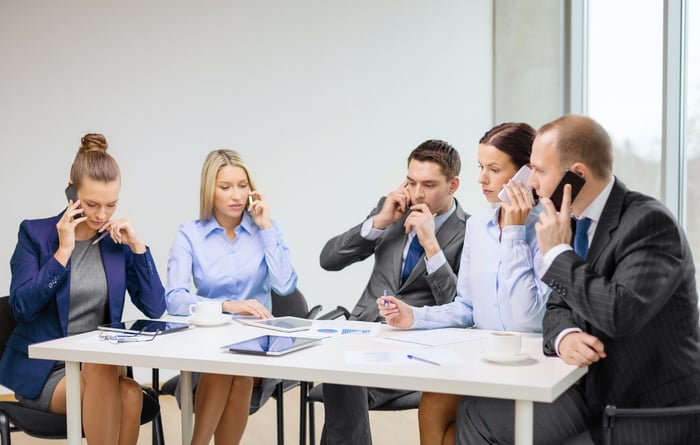 The company has been working on its e-commerce initiatives, launching its own subscription service last month, Walmart+, after it delayed the rollout that was reportedly initially scheduled for July.

For $98 a year or $12.95 per month, subscribers can get items delivered without paying an additional charge, discounts on gas, and access to technology that allows for faster checkout at the store. This is a direct pushback against Amazon (AMZN -0.71%) Prime, which charges $119 annually or $12.99 a month for its regular subscription.

Early results for Walmart+ are promising, with a survey showing 11% of the respondents had signed up for the service less than two weeks after it launched. Nearly half hadn't heard about the new subscription-based service, providing the company with a large opportunity. The company began advertising the service last month, so it will take some time and money to get the word out, but Walmart is off to a good start.

Adding to a strong business

Walmart is pushing ahead at a time when its business is strong. Keeping its stores open allowed customers access to its low prices across a broad range of goods. Unsurprisingly, it has done well during the pandemic. Walmart's fiscal second-quarter (ended July 31) adjusted revenue grew by 7.5% to $140.2 billion, and its adjusted operating income rose by 18.6% to $6.6 billion.

These strong results certainly attracted attention. Even better, this is likely to continue, since Walmart focuses on keeping costs down to provide customers with low prices. Saving money is particularly attractive in the current tough economic environment. This will undoubtedly push Walmart's revenue and profit upward.

This isn't likely to get tongues wagging, since investors have become accustomed to it, but earlier this year the board of directors raised the quarterly dividend by a penny to $0.54, which shows its confidence in the future. This also comes at a time when many companies have cut or suspended their dividends. Walmart has raised the payment annually since initially declaring a dividend in 1974.

Lastly, Walmart recently announced it has found a buyer for its U.K.-based Asda supermarket chain, agreeing to sell most of the business for $8.8 billion. This comes after several failed attempts to divest Asda over the last couple of years.

This is positive, since this once-strong sales performer hit a snag in late 2018, and Asda's growth has slowed since then.

Walmart has been a bright spot amid a difficult period. It doesn't appear we are out of the woods yet, with the virus rearing its ugly head as some places have seen cases increase. However, with management's eye on the ball and focused on improving the business, the good news is likely to keep coming for Walmart's shareholders.