After jumping more than 6% this morning, shares in General Electric (NYSE:GE) are up 3.5% as of 12:15 p.m. EDT. A Goldman Sachs analyst sees a path for the stock to reach $10 per share, a 50% increase over Thursday's closing price.

Goldman analyst Joe Ritchie thinks the company has set itself up for success as its businesses fully recover from impacts of the COVID-19 pandemic. He believes the strategic turnaround being engineered by CEO Larry Culp will soon pay off. 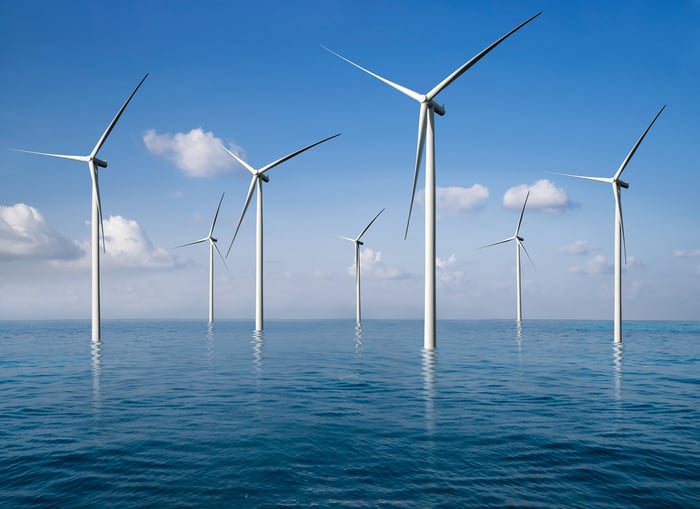 Though the company said it expects its cash flow to remain negative for 2020, Ritchie said he is "simply making the call that as GE's higher margin businesses recover, FCF [free cash flow] will improve materially."

Some of the hardest-hit sectors from the pandemic included GE businesses such as aviation and energy. But the company has worked to deleverage with the sales of its biopharma and lighting businesses. It also has plans to exit its equity ownership position in energy firm Baker Hughes.

While its aviation business is largely at the mercy of a recovery in the aerospace and airline industry, GE has taken the initiative to pivot its energy business. The company recently said that it would cease production of new coal power equipment and instead focus on renewable energy.

It recently announced new contracts for wind turbines for what will be the world's largest offshore wind farm, as well as a project that will provide the energy equivalent to power 160,000 homes. As the economy fully recovers, GE should be in a better position to return to positive free cash flow and profitability.