This fast-growing Chinese competitor could make a mint in micromobility.

Tesla (TSLA) has taken the investing world by storm this year. Shares of the top electric-vehicle maker have jumped more than 400%, at one point becoming the seventh most valuable American company.

Tesla has outperformed expectations during the pandemic, but the real reason for the stock's surge is that investors believe that the EV revolution is entering hyperdrive. Prices and battery power are improving faster than expected, meaning that EVs may soon become cheaper than conventional internal combustion vehicles, leaving the polluting technology in the dust.

That development has sparked a rally not just in Tesla, but in EV stocks more broadly, and with Tesla already at a market value of $400 billion, there are likely better places for investors to look if they want multi-bagging returns. One such option is Niu Technologies (NIU 0.78%), a Chinese maker of electric scooters. 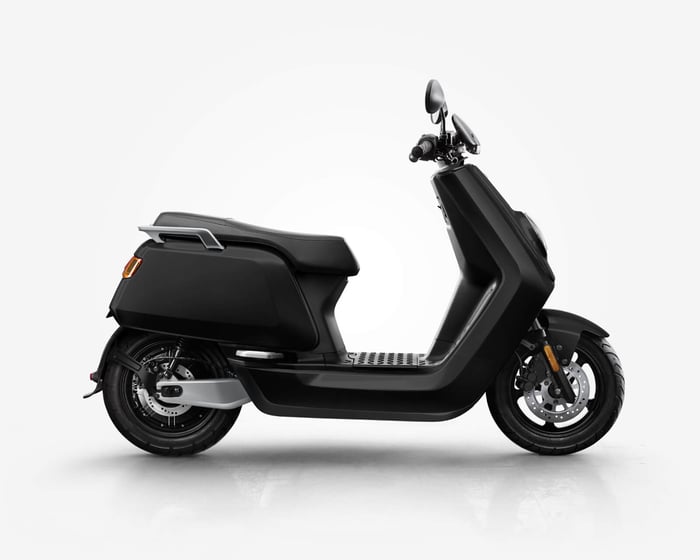 What is Niu Technologies?

Founded in 2014, Niu's mission is to redefine urban mobility. The company has pioneered the market for electric, two-wheeled vehicles in China, and, like Tesla, has focused on the premium end of the market and gradually added lower-end vehicles. This skimming strategy allows a company like Tesla or Niu to build an audience while tapping into the base of customers most willing to pay up for a product.

The company currently offers seven different product series, including four e-scooter series, two commuter electric motorcycles, and one performance e-bike. Its top-of-the-line model NQI-GTS is priced at $3,799 in the U.S., with a range of 90 miles and a top speed of 45 miles per hour, enough to handle the typical urban/suburban commute. The recently released, entry-level G0 model, on the other hand, starts at less than $400.

Niu's sales have been growing quickly, helping it establish itself as the leader in performance electric scooters.

The company reported last week that volume sales jumped 67% in the third quarter to 250,889 -- more than Tesla -- as it bounced back from COVID-19 headwinds earlier in the year and gained traction from the release of the G0 this spring. Management noted that the G0 was its most popular product in the quarter, representing 27.6% of sales. Like the Tesla Model 3, the G0 has a lower retail price and gross margin than Niu's other models, so its sales will have a negative effect on overall revenue growth. Nonetheless, at a low price point, the model will help grow Niu's market share by targeting a budget-minded customer. It can also help build out the company's e-scooter sharing platform, which has been launched in a number of cities around the world, including New York, Amsterdam, and Mexico City. Nearly all of Niu's sales are in China, but its potential as a sharing platform shows that the product could easily catch on globally.

As with electric vehicles, the market for electric scooters is growing fast and has enormous potential. McKinsey forecast that the global micromobility market, which it defines as trips of up to five miles generally on bikes or scooters, will reach as much as $500 billion globally by 2030. The market has attracted attention from ridesharing leaders like Uber and Lyft (as well as a slew of start-ups), which should help drive its expansion.

In its quest to tackle that market opportunity, there are a number of tailwinds benefiting Niu. First, China has been the clear leader in electric vehicle sales, and government policy has been highly accommodative of transitioning consumers from gas-burning vehicles to electric ones. Furthermore, in a country where the bicycle was once the vehicle of choice, China's rapid urbanization should help drive demand for electric scooters. They have inherent benefits over cars, as they are cheaper, more fuel-efficient, create less traffic, and are easier to park.

Globally, the pandemic has incentivized personal vehicle ownership over public transportation. That trend could persist over the next several quarters as the global economy begins to recover but the virus remains a risk, incentivizing purchases of scooters like Niu's. Finally, the company has a robust product pipeline, as it plans to release at least two new product series or models through at least the next few years so that it can "cover the full spectrum of the urban mobility solutions." Niu will benefit from the secular growth and improving technology in the electric vehicle industry, as well.

A great growth opportunity at a good value

Niu's growth in the first half of the year was slowed by the pandemic, but the company expects top-line growth of 30% to 45% for the current quarter, and analysts expect growth to accelerate to 63% next year as it rebounds from the crisis. Based on 2021 adjusted earnings per share expectations, the stock trades at a price-to-earnings (P/E) of just 40, a very reasonable valuation and much better than Tesla's P/E of 135.

Niu is also worth just $2 billion, meaning the stock could easily double or triple from here, and potentially run much higher, while Tesla stock faces stiffer growth headwinds.

With a large and expanding market and rapid growth, Niu looks set to be a big winner if electric vehicles do take over.

Why Shares of Niu Technologies Are Plummeting Today

Why Shares of Niu Technologies Are Crashing Today

Lucid Motors Just Hit an Important Milestone. But This Could Be a Better EV Investment

Why Shares of Niu Technologies Are Racing Higher on Monday
370%