The company is reportedly in talks to be acquired by ConocoPhillips.

Shares of oil and gas exploration and production company Concho Resources (CXO) jumped by as much as 15% Wednesday morning after Bloomberg reported that it was in talks to be acquired by energy giant ConocoPhillips (COP -0.83%). The stock price remained up by 12.7% as of 11:15 a.m. EDT.

The COVID-19 pandemic has taken a significant toll on Concho's valuation -- as it has on many energy companies. Its market capitalization is currently under $10 billion, more than 40% below where it began 2020. 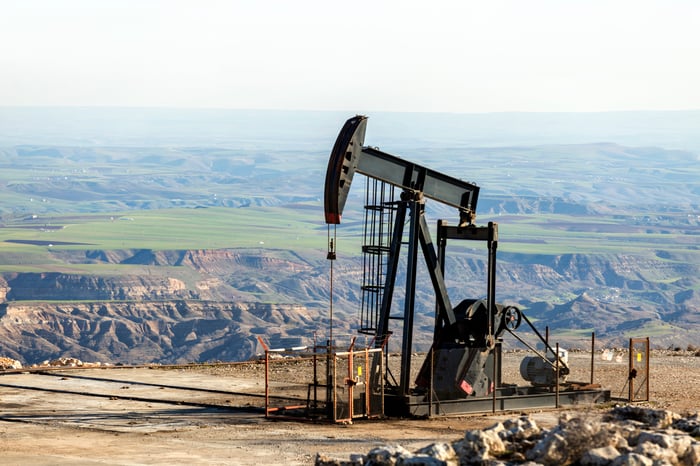 The independent oil and gas producer's assets are in the productive Permian Basin, with operations concentrated specifically in the Delaware and Midland Basins. Earlier this year, ConocoPhillips sold a conventional drilling operation in the Permian Basin. Concho, however, runs unconventional shale operations in the basin.

A deal agreement could come in the next few weeks, according to the Bloomberg report. The report cited people familiar with the matter, and noted that talks could still fall through. Neither company commented on the report.

This acquisition would continue a trend toward consolidation in the troubled sector. Earlier this month, Chevron completed its purchase of Noble Energy, which added shale assets to its portfolio in the Permian as well as Colorado's DJ Basin. Including debt, an acquisition of Concho would be at a similar enterprise value of approximately $12 billion.