The company keeps its quarterly payout steady at $0.65 per share.

Qualcomm (QCOM -1.22%) continues to share a slice of its profit with its stockholders. The company announced on Wednesday that its next quarterly common stock dividend will be $0.65 per share, to be paid on Dec. 17 to investors of record as of Dec. 3.

That matches the previous payout, which was distributed in June. Prior to that, Qualcomm had dispensed $0.62 per share for eight quarters in a row. This was unusual, since the company tended to raise the dividend once every year since initiating it in 2003. Since that time (and adjusted for a 2004 stock split), the payout has risen more or less steadily over the years to the present level.

At the latest closing share price, the dividend yields slightly over 2%. 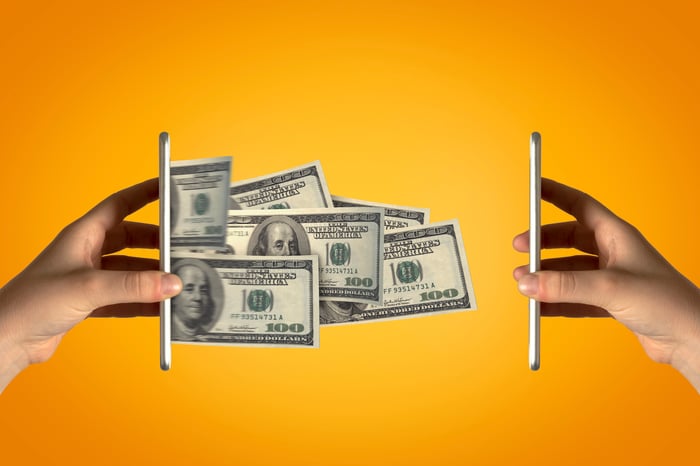 Qualcomm has been a popular stock lately, not least because of the coming widespread rollout of 5G services. These promise ultra-fast speeds and wide "pipes" for mobile device users, resulting in a vast improvement over current standards. The early launches have gone in fits and starts (despite the hype of the major telecom service providers), but it is an important new technology, and the company is well primed for it with its 5G offerings.

Meanwhile, the company's business is strong enough to support its dividend. In its most recently reported quarter, its free cash flow stood at over $1.45 billion, nearly twice as much as needed to fund the dividend.

Despite the positive news about the continuation of its dividend policy, Qualcomm landed in negative territory on the exchange Thursday. Its stock traded down by 1%, a steeper fall than that of the S&P 500 index on the day.

Could Qualcomm Increasing Its Long-Term Debt Be a Good Thing for Investors?
363%