The digital car-sales platform company was upgraded by analysts after it posted strong preliminary results for the third quarter.

Shares of Cars.com (CARS -1.59%) resisted the negative economic sentiment pervading the broader market and jumped by more than 20% at the market open Thursday. As of 11:20 a.m. EDT, shares remained up by about 16%.

At the midpoint of its expected revenue range for the third quarter, the company forecasts a 40% jump in sales compared to the second quarter. 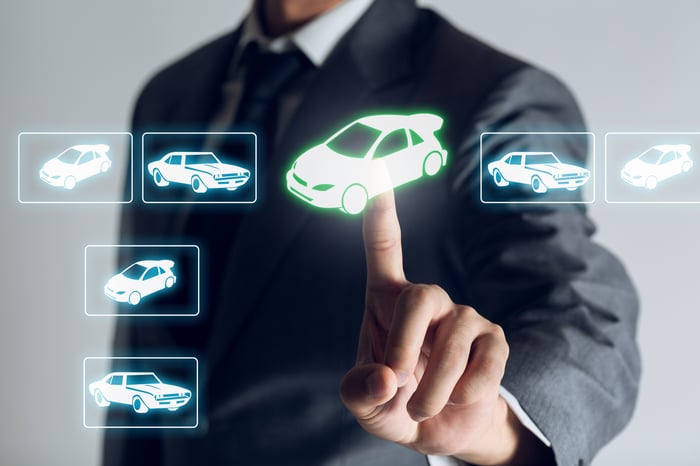 Management also said it expects adjusted EBITDA margins to be between 33% and 34%, compared to 23% for the previous quarter. Though it still expects a net loss of between $10 million and $12 million, the company attributed that mainly to a $31 million non-cash charge related to income tax on an impairment recorded earlier in the year.

The preliminary results prompted two analyst firms to lift their ratings on Cars.com to a buy, and to set new price targets on the stock well above Wednesday's closing price of $8.01 a share. B. Riley FBR and Craig-Hallum issued new price targets of $11 and $14, respectively. In the note explaining its upgrade, B. Riley FBR pointed to the growth of Cars.com's dealer network and its debt-reduction efforts.

In its press release, Cars.com stated that consumers are embracing its platform as a tool to connect to car dealers digitally, reflecting a trend toward greater e-commerce use that has been seen across many segments during the pandemic. The company realized net growth of almost 100 dealer customers during the quarter, and paid down approximately $48 million in debt.

Why Cars.com Shares Soared in November

Here's Why Cars.com Stock Is Bucking the Trend Today

Why Cars.com Stock Jumped 12% This Morning

Why American Axle, Tenneco, and Cars.com Stocks are Soaring by Double Digits
376%