Shares of Zoom Video Communications (NASDAQ:ZM) are jumping today, up by 5% as of 2:40 p.m. EDT as the company continued its annual Zoomtopia conference alongside an analyst day event. Wall Street analysts liked what they saw, and the events triggered a slew of price-target increases.

The now-ubiquitous videoconferencing technology company unveiled a slew of new features and offerings: 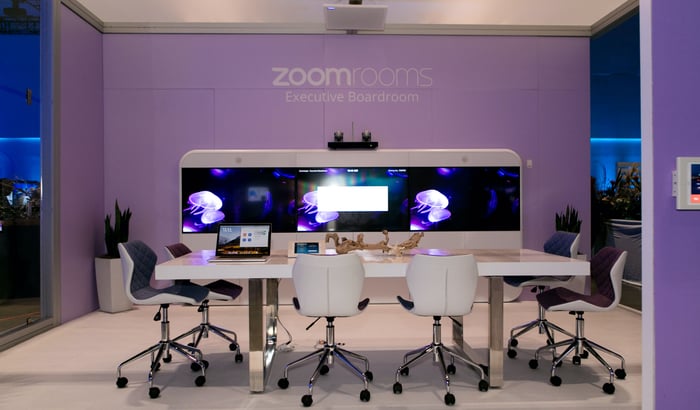 Zoom is also introducing a new customizable software developer kit (SDK) that will allow developers to create custom apps for the platform. Additionally, the company unveiled some minor customization options for the core videoconference service like immersive scenes and a smart gallery for Zoom Rooms.

BofA argues that Zoom remains in the "very early innings" of monetizing its growing enterprise user base. RBC has "increased conviction in the potential for durable hyper-growth" and believes the competitive threat from Microsoft Teams is overblown. Bernstein suggests that Zoom has "revenue upside of several billion dollars over the next few years."