Independent third-party microchip maker Taiwan Semiconductor Manufacturing (NYSE:TSM) reported third-quarter earnings on Thursday, Oct. 15. The company, commonly known as TSMC, crushed Wall Street's expectations across the board and set up rosy guidance targets for the next period. The report underscored several healthy trends in the semiconductor industry at large and supported TSMC's strong returns in 2020. Let's take a closer look.

The strong sales in the third quarter were powered by rising order volumes from makers of Internet of Things devices, high-performance computing (HPC) chips, and 5G smartphones. 5G and HPC continue to drive impressive growth into the fourth quarter, supporting TSMC's optimistic revenue guidance. Fourth-quarter sales should land near $12.6 billion, roughly 20% above the year-ago period's result and well ahead of Wall Street's consensus estimates of approximately $11.7 billion.

What the raw numbers mean

The company doesn't report detailed sales figures for specific clients but it's easy to tease out some general trends from management's high-level commentary and recent news from other sources.

As for the exciting HPC growth, we have two likely names behind that push. Graphics processor specialist NVIDIA is crushing it in the HPC sector this year and is also a known customer of TSMC's services. And industry giant Intel (NASDAQ:INTC) is leaning on third-party manufacturers like TSMC while the company is sorting out problems with its own next-generation manufacturing lines. Putting these two massive clients together gives TSMC a clear view of strong HPC results over the next few quarters.

CEO C. C. Wei dodged some questions about Intel's incoming orders on the investor conference call, but this statement implied that TSMC is investing in its infrastructure in order to serve its most important customers:

"Let me say, our capital expenses and capacity planning are based on the long-term demand profile that is underpinned by the industry's megatrend to meet our customers' demand. And Intel is one of our important customers and we continue to work with them," Wei said. 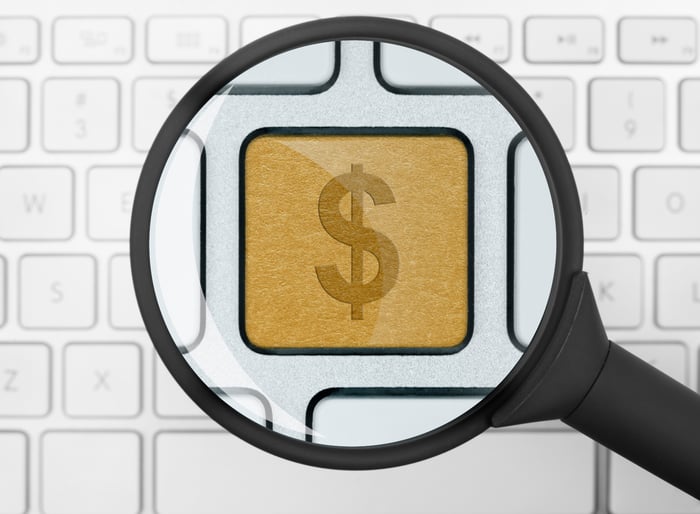 TSMC's stock barely moved on this report, despite its strong results and rosy next-quarter outlook. That actually makes a lot of sense when you consider how high TSMC has jumped recently. The stock has gained 76% over the last 52 weeks, including a 33% increase in three months.

This is a company I've been following closely for years. I have often been tempted to start a position in TSMC's stock but never got around to actually pulling the trigger. The missed opportunity here amounts to a nearly 1,000% gain in 15 years while the S&P 500 market index rose by less than 200%.

It's not too late to do something about it, though. The company is expanding its central role in the semiconductor industry at a time of explosive growth for the industry itself. Maybe I'll actually tap that "buy" button for TSMC once The Motley Fool's disclosure policy allows me to do so. In the meantime, any investor with a yen for rapid revenue growth on top of a rock-solid financial foundation should take a second look at Taiwan Semi. There are many chapters left to write in this long-term growth story.