No news is good news for Virgin Galactic today. 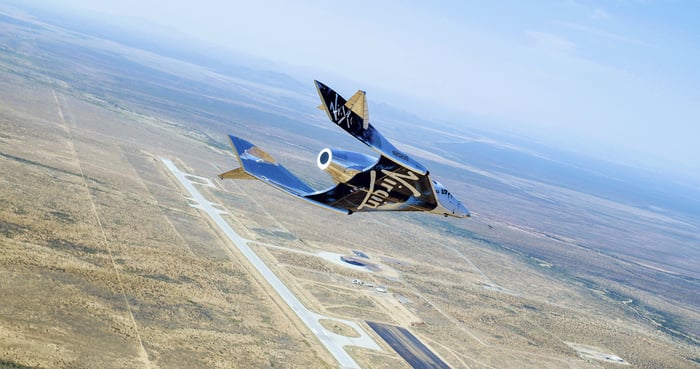 Maybe nothing at all.

Long-time Virgin watchers won't be too surprised to hear that Virgin Galactic stock is moving again today on no news at all. No analysts have upgraded (nor downgraded) the stock. No one's posited a new target price for the stock, either higher or lower than what it trades for today. And the company itself has made no new announcements since earlier in the week, when it rather vaguely referred to an upcoming test flight on its VSS Unity spaceplane.

In that statement, which came out Wednesday, the company confirmed that it is "preparing for the first spaceflight from our operational base at Spaceport America in New Mexico ... crewed by two of our pilots ... which will occur later this fall."

The company noted that it has applied for a multi-year FCC license that would permit it to begin test flights out of Spaceport America on Oct. 22 -- but it did not confirm that the next test flight will actually happen on that date. It could, in fact, happen sometime later, pushing Virgin Galactic's start-up of commercial flight operations even further into the future.

Is this good news for Virgin Galactic -- good enough to justify a near 5% move higher in the stock price? Hardly.

But for this erratic, profitless, revenue-less stock that's still awaiting the start of commercial operations so it can finally generate some numbers hard enough for investors to hang a valuation on, it will just have to do.