It has been an interesting few months for Citigroup (NYSE:C). On Sept. 10, the fourth-largest bank in America named Jane Fraser as its new CEO, making her the first woman to lead one of the nation's major banks. Fraser, a Citigroup executive for the past 16 years, will replace Michael Corbat, who has served as chief executive for eight years. This bold move was long overdue, and it was met with widespread approval throughout the industry.

That good news followed some bad news, as Citigroup was embroiled in a legal and financial entanglement involving $900 million that a Citigroup employee mistakenly wired to companies that provided loans to Revlon for an acquisition. Citigroup then sued the lenders to get the money back, attributing it to a clerical error. The case is going to court in November.

That was followed by more bad news, as the Federal Reserve Board and Office of the Comptroller of the Currency issued separate consent orders against Citigroup on Oct. 7. They assessed a $400 million penalty on Citibank, the company's banking arm, for "unsafe or unsound banking practices for its long-standing failure to establish effective risk management and data governance programs and internal controls."

These actions all figure into where Citigroup is headed in 2021. Let's take a look at where the company will be a year from now. 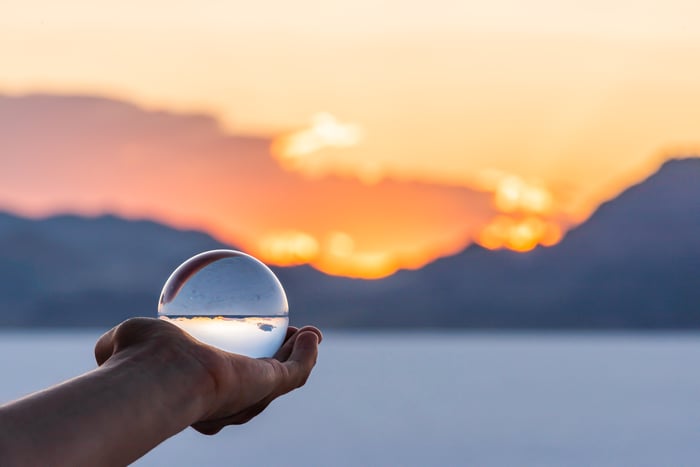 In response to the consent orders from federal regulators, Citigroup issued a statement, detailing the corrective actions the company will take:

"Citi has significant remediation projects under way to strengthen our controls, infrastructure and governance. These projects are each multi-year and have received significant investment. However, while we have made progress in each of these areas, we recognize that substantial improvement is still required to meet the standards we have set for ourselves and that our regulators expect of us. We have thus redoubled our efforts and have made transforming our risk and control environment a strategic priority."

The bank has invested over $1 billion to improve internal controls and hired a chief administrative officer to manage the efforts. "These investments will not only further enhance our safety and soundness, they will result in a digital infrastructure that will improve our ability to serve our clients and customers and make us more competitive," Corbat said in the third-quarter earnings report.

These issues aside, Citigroup, like all banks, will face major headwinds as it moves into 2021.

Citigroup beat earnings estimates in the third quarter, but expectations weren't high. Revenue declined 7% to $17.3 billion, while net income dropped 34% to $3.2 billion, or $1.40 per share. The bank saw a 30% decline in earnings in its global consumer banking business, led by an 18% revenue drop in the credit card business. The losses in banking were offset somewhat by 13% growth in investment banking and 18% growth in fixed income securities trading. The company only set aside $314 million for loan-loss provisioning, which is way down from $5.6 billion.

The next 12 months could spell more of the same for Citigroup as a period of uncertainty surrounding the election, the pandemic, and the economy. Interest rates are almost certain to stay at the 0% range, and the economy will struggle to grow, at least until there is a vaccine for COVID-19. None of these factors bode well for a bank that relies on interest rates for interest income and economic growth for loan income.

Despite this, Citigroup is one of the four U.S. megabanks, and it is not going anywhere. It has a solid capital position and improved its common equity tier 1 ratio, a measure of a bank's capital strength, to 11.8% in the quarter. It also has $950 billion in available liquidity.

Citigroup is currently undervalued, trading way below book value. At the end of Q3, it had a book value per share of $84 and was trading at roughly half that, $43 per share, at quarter's end. Thus, its assets on the books are worth twice as much as its stock price, which, in turn, means that the stock price is deflated relative to its assets. The reasons the stock price is down are clear -- see above. But this is one of four megabanks that will surely increase in value as the economy improves.

So, fast forward to October 2021, one year from now. Will the recession be over, will consumer and commercial spending improve, and will COVID-19 be under control? All open questions, but it is much more likely that we'll be headed back in the right direction. That will bode well for Citigroup.

It's a value right now and will likely remain one for the foreseeable future, so there's probably no rush to go out and buy the stock, particularly when there are better options out there. However, it should be on your radar.