It's amazing what a thunderous earnings beat can do for a stock.

On Monday, CIT Group (CIT) did extremely well for a company that will, technically, soon cease to exist. It is merging with First Citizens BancShares (FCNCB), and the combined company will retain the First Citizens branding and that company's ticker symbol.

The merger, plus encouraging third-quarter results also released on Friday, strapped a rocket to CIT's stock. On Monday, against the backdrop of a gloomy market, investors continued to pile in, giving the shares an additional 5.3% boost.

As with other banks, CIT's Q3 was far more encouraging than its coronavirus-afflicted Q2. Revenue was up considerably not only on a quarter-over-quarter basis (15%), but also on a year-over-year basis (4%). 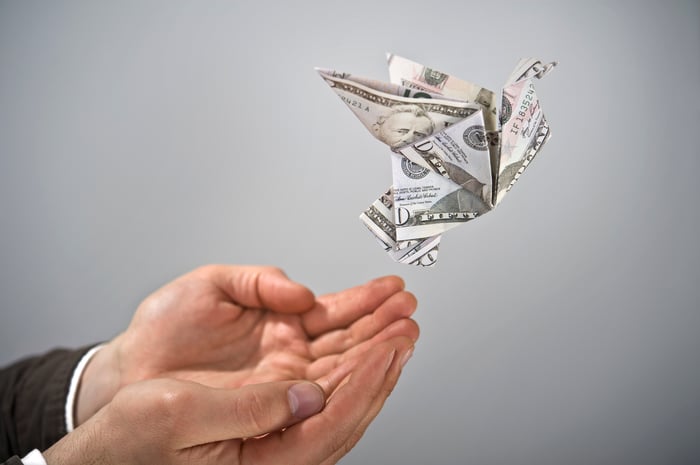 On the bottom line, the $83 million was miles better than the previous quarter's $98 million loss. Although the former was almost 60% lower than that of the year-ago quarter, it was far better than that expected by analysts tracking the stock.

Again, like other banks this quarter, a considerable reduction in loan-loss provisions helped CIT enormously. After all, fears are receding -- sensibly or not -- that lenders will be hit by a big wave of pandemic-related defaults.

The First Citizens/CIT tie-up already felt like a pretty good bargain for shareholders of the latter bank. With the sector as a whole doing better than expected lately, sentiment is improving and the CIT's earnings beat/merger combination is very attractive for investors.