The company reported record third-quarter results as demand rose during the pandemic.

Automotive retailer AutoNation (AN -0.72%) reported record quarterly results on Wednesday, with earnings per share rocketing 85% versus the year-ago period. Excluding charges related to the closing of its collision parts business and an unrealized investment loss, earnings more than doubled.

CEO Mike Jackson told CNBC that it was the company's "absolute best quarter ever," as the coronavirus pandemic has led Americans to want to have their own personal vehicles and avoid shared transportation. 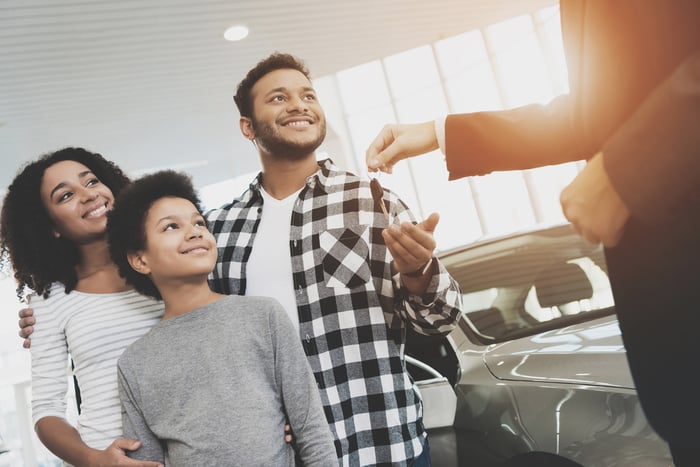 "The demand for individual mobility has gone through the roof," Jackson said in the interview. He attributed it to a shift in consumers' desires as the pandemic has forced people to isolate more. Jackson added that he believes it is a long-term change, and thinks the demand will continue for the next three to five years.

Automotive manufacturers suspended production in the early months of the pandemic, causing inventories to dwindle. With the strength in demand for personal vehicles, restarted production has been unable to build inventories back to pre-pandemic levels. This has kept vehicle pricing elevated.

AutoNation said in its earnings report that gross profit on new vehicles jumped 56% versus the prior-year period, and rose 43% on used vehicles. The company said that it is working to leverage its digital capabilities to reduce costs and improve efficiencies.

The company said in the release that it plans to build more than 100 new AutoNation USA pre-owned vehicle stores, with about half being completed by 2025. It also plans to return capital to shareholders in the form of an increase in its share repurchase authorization to $500 million.