The early retirees behind the movement known as Financial Independence Retire Early (or FIRE) often tell a story of extreme frugality. They buy secondhand. They biked to the office back when they still had to work. They grow their own vegetables. Their penny-pinching ways gave them a shortcut to the golden years, and many retired in their 30s or 40s.

FIRE holds an obvious appeal: By making sacrifices to invest early, you can achieve financial independence, which basically means you can live off your investment earnings without being tethered to a job. And the message of disciplined saving and investing is one we'd all do well to embrace.

But the truth is, there's a lot more to the story of those 30-something retirees than extreme thriftiness. Here's the truth about the FIRE movement -- and why it's so unrealistic for the vast majority of Americans. 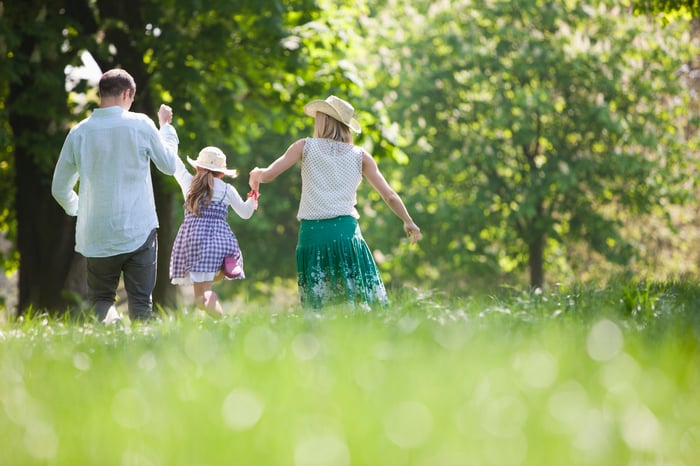 The FIRE movement advocates saving anywhere from 50% to 70% of your income to reach financial independence. Read a few FIRE blogs and you'll understand how that's possible for a lot of those early retirees. Many had high-paying careers in fields like engineering, software development, or finance. Those six-figure salaries were often supplemented by generous 401(k) matches and employee stock options.

One problem with the movement's focus on frugality is that it ignores the reality that most Americans face. There's only so much discretionary spending you can cut from a middle-income budget. The costs of housing, healthcare, and child care are soaring nationwide, and these expenses aren't so easily reduced.

The 4% rule is outdated

Another linchpin of the FIRE movement is the 4% rule, which says that you won't run out of money if you limit your annual withdrawals to 4% of your retirement savings over 30 years. But a 35-year-old retiree could easily be retired for a half-century or more.

The 4% rule is also problematic because it's based on the post-inflation returns of a portfolio of 50% stocks and 50% bonds between 1926 and 1992. But with near-zero interest rates, you can't expect the bond part of your portfolio to contribute much of anything. That means retirees of all ages need to either take on additional risk by shifting more into stocks or withdraw less.

Some FIRE devotees account for the added uncertainty a longer retirement presents by withdrawing just 3% or 3.5% annually. Sure, that's a safer approach. But that makes FIRE even more unattainable for most people, considering that it requires even more extreme savings or cost-cutting.

A lot of them aren't really retired

Some of these early "retirees" have made lucrative careers out of being early retirees. They've monetized blogs and YouTube channels. Or they've amassed huge followings as Instagram influencers.

Plenty of others are still very much working. They have jobs, often highly skilled ones, that they can do on a freelance basis from anywhere with an internet connection. Or they depend on passive income streams that require substantial up-front costs, like investment property.

And there's nothing wrong with any of that. In fact, many believers in the FIRE philosophy prefer to focus more on the financial independence part of the movement and less on the retire early aspect. But people who genuinely want to retire decades ahead of their peers need to understand that a lot of FIRE proponents haven't really left the workforce, even if they no longer work a traditional job.

The FIRE pioneers are still relatively young. Although the 1992 book Your Money or Your Life by Vicki Robin and Joe Dominguez is often heralded as the financial independence bible, the movement mostly gained traction in the Great Recession's aftermath. Many are still at least a couple of decades away from reaching actual retirement age.

That means we still don't know how a FIRE strategy works in the long term. Will it hold up after a couple of prolonged bear markets? How will adherents fare when they have to withdraw more from their investments because of an emergency.

Healthcare costs are a big unknown in this strategy. Premiums may be affordable for someone in their 30s or 40s, but less so when people are in their 50s or early 60s, before they're eligible for Medicare. That's an especially important concern given that many FIRE proponents get coverage through the Affordable Care Act, which faces an uncertain future. Meanwhile, those who do receive Medicare continue to see their premiums and out-of-pocket costs skyrocket year after year.

Those who truly have left the workforce early will have lower Social Security benefits to fall back on than their peers. Because benefits are calculated based on 35 years of earnings, retiring early reduces monthly payments by weighting down the average with zeros.

Ultimately, FIRE is too new for us to know whether it's a viable retirement strategy. Its focus on delayed gratification and early investing is certainly laudable. Financial independence is a goal worth striving for.

But anyone who wants to retire decades early needs to be realistic. For most people, even the most extreme expense-slashing and saving won't be enough to overcome all the unknowns that a prolonged retirement will bring.