Please ensure Javascript is enabled for purposes of website accessibility
Free Article Join Over 1 Million Premium Members And Get More In-Depth Stock Guidance and Research
By Daniel Sparks - Oct 23, 2020 at 10:49AM

Free cash flow topped $1 billion in Q3 alone. This is a new Tesla -- and its future looks bright.

Maybe you recall the headlines several years ago detailing how Tesla ( TSLA 0.68% ) just couldn't seem to become consistently profitable. Free cash flow eluded the company due to the capital-intensive nature of the car-making business. Manufacturing is hard, the critics said. Excitement around the launch of the Model 3 gave way to what CEO Elon Musk called "production hell."

Those days are over.

From third-quarter revenue of $8.8 billion, Tesla generated $1.4 billion of free cash flow. In addition, it has been profitable on a GAAP basis for five quarters in a row now.

Here's a closer look at the electric-car maker's latest quarterly results -- and why the company's ability to generate substantial profits is great news for shareholders. 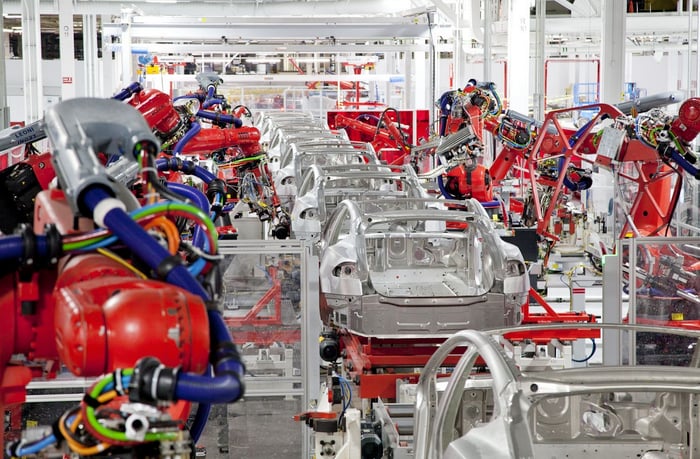 Fueled primarily by a 44% year-over-year increase in vehicle deliveries, total revenue rose by 39% in Q3. And though it was a relatively small piece of Tesla's financial pie, revenue from its energy generation and storage business jumped notably from $402 million in the year-ago period to $579 million.

Thanks to a $5 billion capital raise during the period and substantial free cash flow generation, Tesla ended last quarter with total cash of $14.5 billion -- $5.9 billion more than it had on the books at the close of Q2.

Meanwhile, Tesla says it's within striking distance of achieving 500,000 deliveries in 2020. This would be a big jump from the approximately 368,000 cars the company delivered in 2019. It's particularly impressive to see the automaker continuing to aim for its original delivery target for the year even after it had to temporarily shut down its factories due to the coronavirus pandemic.

Tesla's sudden financial strength during a tumultuous year for the economy has set the automaker up well to capitalize on the growth opportunity in front of it. 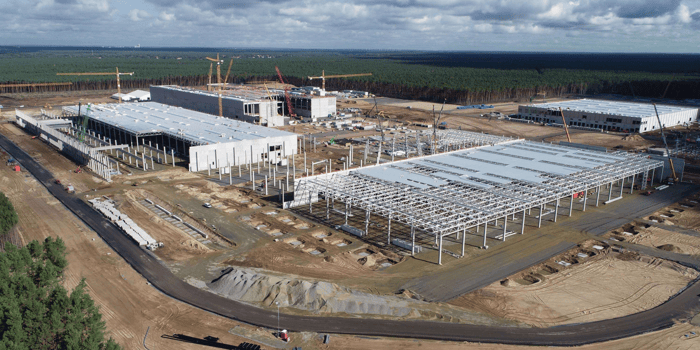 It's now in a position to finance its product roadmap and long-term production capacity expansion with internally generated funds. This means the company is no longer dependent on the equity and debt markets to fund its growth.

While Tesla did execute a timely capital raise during Q3 when its shares were trading at near $450, the automaker's underlying business is demonstrating an ability to throw off enough cash for both regular operations and aggressive investments in growth opportunities.

"Over the past four quarters, we generated over $1.9B of free cash flow while spending $2.4B on new production capacity, service centers, Supercharging locations and other capital investments," Tesla said in its third-quarter update.

There are always the risks that its competitors will prove more capable than anticipated or that Tesla will run into major unexpected challenges. However, its combination of strong growth, a large addressable market opportunity, and strong free cash flow generation paint a rosy picture for the company's future.