The social media titan is setting a low bar for success.

Facebook (META 3.01%) has planted a stake in the increasingly jam-packed cloud gaming space. The company announced in a blog post today that "Facebook Gaming has launched several cloud-streamed games in the Facebook app and on browser -- playable instantly, with no downloads required." The company promised "unprecedented access" to games that users could play "across every screen."

The service was launched earlier this year and recently boasted that 200,000 people were playing its cloud-streamed games per week, even though it has been testing in limited locations. Facebook Gaming is available on the company's social media site, as well as Alphabet's (GOOGL 1.90%) (GOOG 1.56%) Google Android devices. But Facebook said it won't be available on iOS devices, citing Apple's (AAPL 1.37%) "arbitrary" App Store policies. 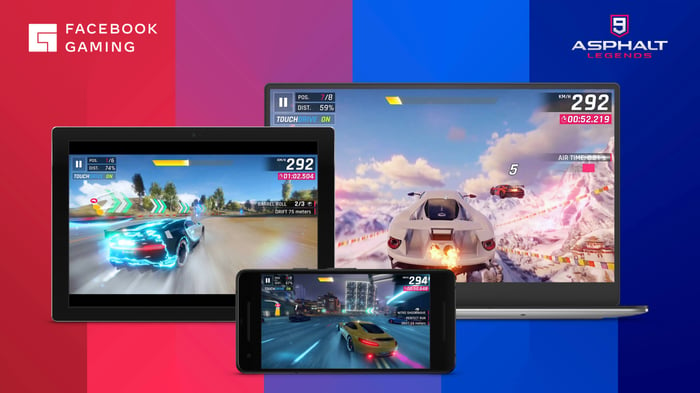 Facebook will offer a limited number of mobile-native games during beta testing, with plans to expand the number of games, as well as the type and genre in the months and years to come. The company will initially launch latency-tolerant games in an attempt to deliver "a good experience to players across a variety of devices." The initial batch will include a number of simple genres, including sports, card games, simulation, and strategy titles. Facebook is also debuting a dedicated Gaming tab in an effort to drive engagement among new and returning players.

In another first, Facebook is also launching cloud-playable ads on the service, which will integrate advertising into the games' native code, thereby "blurring the line between games and ads." Facebook sought to lower expectations from the outset, saying that it wasn't "trying to replace your favorite gaming hardware," while also saying it wasn't going to "overpromise and under-deliver."

Facebook is entering an already crowded marketplace, where it will compete with Microsoft (MSFT 0.07%) Xbox Cloud, Google Stadia, and Amazon (AMZN 3.04%) Luna.