The big hospital operator continued to experience negative impacts from the coronavirus pandemic.

Hospitals have faced some significant challenges in 2020 due to the COVID-19 pandemic. HCA Healthcare ( HCA -0.88% ) is no exception. While shares of the large hospital operator have rebounded significantly from the lows earlier this year, HCA stock remains in negative territory year to date.

HCA announced its third-quarter results before the market opened on Monday, and although there was some good news, investors were disappointed overall. Here are the highlights from the update. 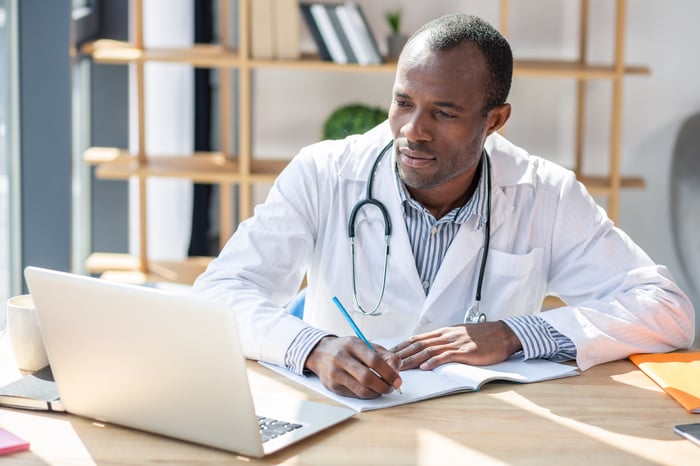 HCA Healthcare reported third-quarter revenue of $13.31 billion, up 5% from the prior-year period's total of $12.69 billion. That also topped the consensus Wall Street estimate of $12.87 billion.

The hospital chain's bottom line also improved significantly, with GAAP net income of $668 million, or $1.95 per share, compared to $612 million, or $1.76 per share, in the same period of 2019. However, its earnings fell well short of analysts' average estimate of $2.32 per share.

There was one bright spot, though. Same-facility revenue per equivalent admission jumped 14.8% year over year. This increase resulted from higher levels of acuity in patients along with a favorable payer mix.

HCA announced earlier this month that it plans to return or repay early all of the $1.6 billion it received from the Provider Relief Fund and $4.4 billion it received from Medicare in accelerated payments. The company stated that it's working with federal agencies on the timing of these repayments. HCA plans to use available cash and future operating cash flows to cover the outlays.

The biggest wild card for this healthcare company is without question the pandemic. If the coronavirus crisis continues to worsen, HCA could again face challenges similar to those it was confronted with earlier this year.

1 Healthcare Giant to Buy After Its Earnings Beat

Why HCA Healthcare Trounced the Market on Tuesday