Here are three takeaways from the report that should help determine whether Kinder Morgan is a buy and whether its dividend is sustainable. 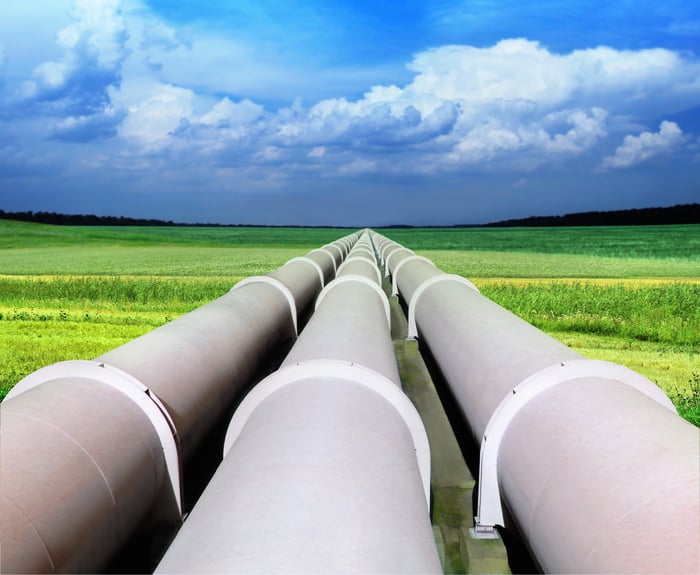 Kinder Morgan has a dividend yield of 8.4% as of this writing, which is more than four times the average yield in the S&P 500. Naturally, investors deserve to know how reliable its dividend is and if management is focused on sustaining or even growing the dividend.

Since cutting its dividend in 2015, Kinder Morgan has shifted its strategy, limiting its spending in an effort to improve its balance sheet and grow its dividend. 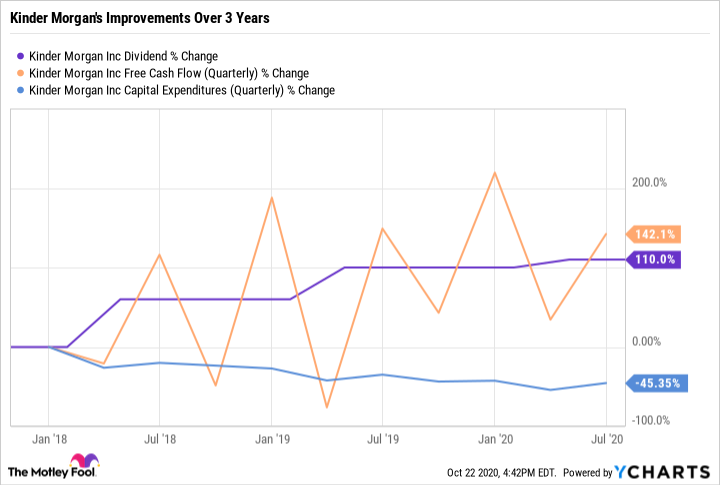 In the past three years, the company more than doubled its dividend, cut capital expenditures by 45%, and grew free cash flow. Rich Kinder, the founder and executive chairman of Kinder Morgan, stressed the importance of the dividend in the company's Oct. 21 conference call, saying, "I went back and looked at what I've said over the last few quarters and the message has been very consistent, and it is this; we generate significant amounts of cash and we'll use that cash to fund our expansion capex needs, pay dividends, and to keep our balance sheet strong, and occasionally on an opportunistic basis to repurchase shares." The company raised its dividend by 5% this year, at a time when other energy stocks are cutting their dividends.

Given the challenges facing the oil and gas industry, it's hard to say if Kinder Morgan will continue to raise its dividend or be forced to cut it. Can the dividend be paid without using debt or debilitating Kinder Morgan's business as a whole?

One of the greatest dangers of high-yielding dividend stocks is when the dividend is used to appease shareholders in the short term at the expense of a company's financial health. Kinder Morgan doesn't seem to be in this category of risky high-yield dividend stocks because the company is able to support its dividend with free cash flow with plenty to spare.

For example, Kinder Morgan's third-quarter distributable cash flow, commonly known as DCF, was $0.48 per share, nearly double its dividend payment of $0.2625 per share. Similarly, its DCF for the first nine months of the year was $1.47, which was nearly double its dividend payment of $0.7875 during that timeframe, indicating Kinder Morgan could earn less cash and still support its dividend. In the meantime, the company can use this extra cash to pay down debt, among other things.

Earnings are on track

In its second-quarter earnings call in July, Kinder Morgan updated its forecast, predicting a 9% decrease in EBITDA and DCF to be 11% below budget, down to about $1.99 per share, for the year. The company reaffirmed that guidance this quarter, and its results have the company on track to hit both of those goals. EBITDA is down 8% so far this year, and the company has earned $1.47 in DCF, putting it within striking distance to earn $1.99, or $0.52 per share next quarter.

In terms of its most recent quarterly results, single-digit decreases across the board made it an overall good quarter for Kinder Morgan, given the circumstances.

Kinder Morgan's third-quarter results were basically what the company said they would be -- slightly worse than the same period last year, but still good overall. This level of predictability can be useful, especially coming from a company with a high-yielding stock that doesn't rely on debt to fund its dividend.

Underscoring the company's predictability is a business model shared among other top-performing natural gas stocks. Over 90% of Kinder Morgan's cash flow comes from take-or-pay and fee-based sources backed by long-term contracts, meaning it's relatively easy to predict how much the company will earn over the short term.

Even with its pricing model, Kinder Morgan does have some weaknesses, namely if the consumption of natural gas falls over the long term. If that were to happen, its existing infrastructure and planned projects might lose value and hurt the company's cash flow in the process. For now, natural gas remains an integral part of U.S. industrial, power generation, and residential energy.

There's usually a baseline amount of risk an investor needs to accept to get a high dividend yield, and given Kinder Morgan's overall strength and reliability, it seems a risk well worth taking for income investors.