Which supply chain player is the better overall investment?

Both companies have suffered disruptions during the COVID-19 crisis, but their stocks stayed resilient: Over the past 12 months, Lumentum's stock has risen nearly 50% as TI's stock advanced more than 20%. Let's see why Lumentum stayed ahead of TI, and whether or not that trend will continue. 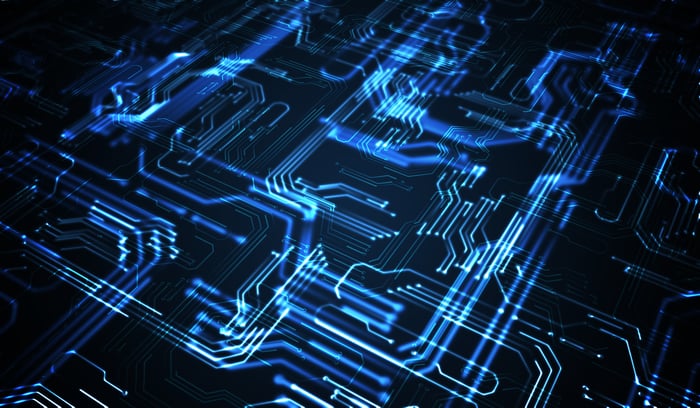 How fast is Lumentum growing?

Lumentum generated 90% of its revenue from its optical communications unit -- which sells optical chips to service providers and data center customers, as well as 3D-sensing chips for advanced cameras -- in fiscal 2020, which ended on June 27. The remaining 10% came from its laser unit, which sells lasers for manufacturing, inspection, and life science purposes.

The optical communication unit's top customer is Apple (AAPL 1.92%), which installs Lumentum's optical chips in the iPhone's 3D-sensing cameras. Orders from Apple accounted for 26% of Lumentum's total revenue last year, and that percentage could rise this year with the addition of a LiDAR sensor in the iPhone 12 Pro.

But another major customer is Huawei, which still accounted for 13% of Lumentum's sales last year despite being blacklisted by U.S. regulators. It expects its sales to Huawei to continue declining in fiscal 2021. 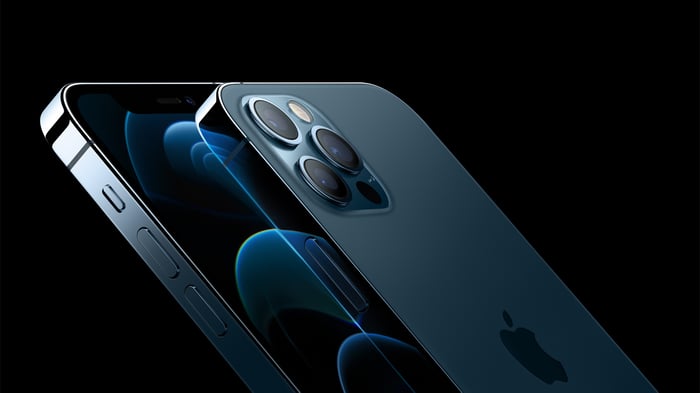 Lumentum's total revenue grew 7% to $1.68 billion last year, marking its slowest growth in four years, as a 16% decline in its laser revenue partly offset its 11% growth in optical communications revenue.

The pandemic hurt the laser business, which had already been struggling with weaker demand for fiber lasers, more than the optical business, which offset its slower enterprise optical chip sales with higher 3D-sensing chip sales.

Despite those challenges, Lumentum's adjusted gross and operating margins still expanded in fiscal 2020, thanks to a better product mix and tighter cost controls, and its adjusted earnings grew 28%. Lumentum hasn't offered a full-year forecast for fiscal 2021, but analysts expect its revenue and earnings to rise 5% and 4%, respectively, before accelerating to double-digit levels in 2022.

How fast is Texas Instruments growing?

The remaining 7% came from other types of chips. None of TI's customers accounted for over 10% of its revenue last year.

TI generated 57% of its revenue from the industrial and automotive markets last year, up from 42% in 2013. It believes those two markets will generate long-term tailwinds as factories rely more on automation and Internet of Things (IoT) devices, and cars add more chips to their infotainment and driverless systems. 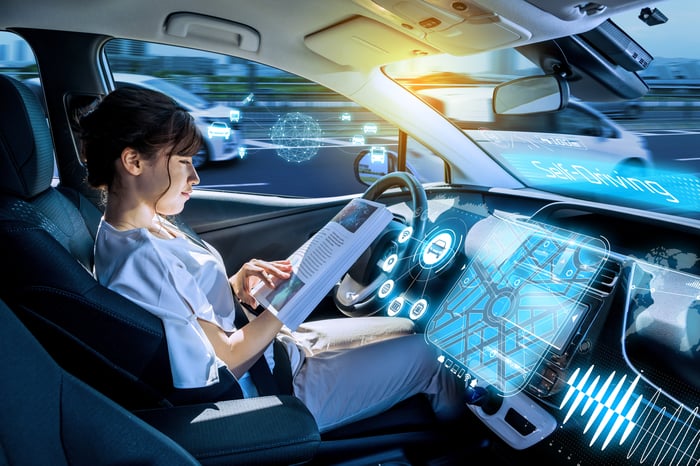 Unfortunately, the pandemic disrupted many industrial companies and shut down major automakers. The company couldn't fully offset that slowdown with stronger sales of chips for personal electronics and healthcare customers, and its total revenue dipped 6% year-over-year to $10.39 billion in the first nine months of the year.

But on the bright side, TI's constant buybacks boosted its EPS 1% even as its gross and operating margins contracted. Analysts expect its revenue and earnings to decline 7% and 1%, respectively, before rebounding with single-digit growth rates next year.

TI's near-term prospects seem dimmer than Lumentum's, but investors should keep two things in mind. First, TI's ongoing shift from 200mm to 300mm wafers, which cuts production costs by about 40%, should buoy its gross margins after the pandemic passes.

Second, the company remains committed to returning most of its free cash flow to shareholders via dividends and buybacks. It's raised its dividend annually for 17 straight years, currently pays a forward yield of 2.7%, and reduced its share count by nearly 50% over the past 16 years. Lumentum doesn't pay a dividend, and it rarely repurchases any shares.

Lumentum trades at just 15 times forward earnings, but TI has a much higher forward P/E ratio of 26. Investors are likely paying a premium for TI because they consider it a good defensive play for a volatile market, but it's a bit pricey relative to its near-term growth.

Lumentum isn't as well-diversified as TI, but it's sitting on multiple catalysts -- including the expansion of the 5G market, the use of LiDARs in driverless cars, and the iPhone 12 -- and trading at a low valuation. Therefore, I firmly believe Lumentum will continue to outperform TI over the next few quarters.

Texas Instruments: The Semiconductor Stock to Own This Decade
409%