Sheldon Adelson may be eyeing a lucrative sale of his Las Vegas properties.

Bloomberg reported late on Monday that Las Vegas Sands (LVS 6.09%) could be exploring the sale of its Las Vegas casino complex. The report indicated that talks were in the early stages, but the fact that there are talks at all -- and they were confirmed by the company -- is a big deal.

The early price tag on the Las Vegas assets is $6 billion, or about 12 times EBITDA, a proxy for cash flow coming from a resort. That's a relatively high multiple for resorts that aren't growing, but this is a low-interest-rate environment with high asset values, so maybe there's interest at that price. 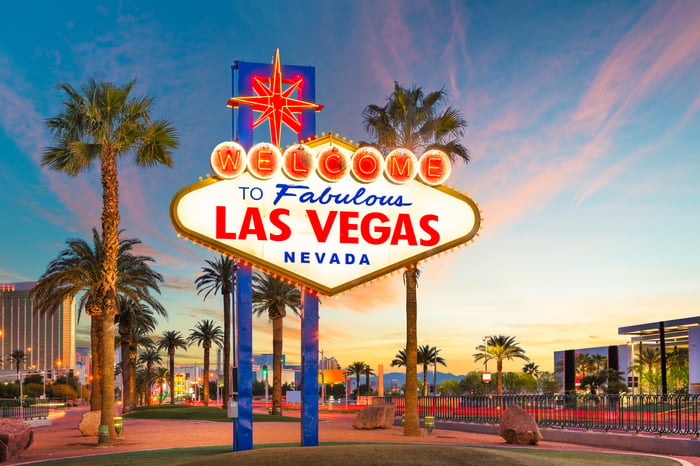 Las Vegas Sands' start was in Las Vegas, but it's been nearly two decades since the city was the focus of the company. When the company entered Macao (an autonomous region on the south coast of China), founder and CEO Sheldon Adelson focused most of the company's investment in Macao and eventually Singapore. That's where the business's focus is, and it's also where about 85% of the company's revenue comes from.

Given the regulatory headaches of operating in Asia and Las Vegas, it's understandable why selling the properties makes some sense. And with Macao and Singapore struggling with their recovery from COVID-19, the money could be used to prop up properties there until they get back on their feet.

If Las Vegas Sands is indeed going to sell its Las Vegas assets, the next question is: Who is going to buy them?

The list of potential buyers for Las Vegas Sands' properties isn't long. Wynn Resorts (WYNN 4.32%) is next door and could benefit from the convention business at neighboring properties. But its balance sheet is stretched after building a casino just outside Boston and leveraging itself to build Wynn Palace in Macao. The one option it may have to finance a deal is partnering with a real estate investment trust (REIT) that's willing to buy the real estate of existing Wynn casinos or Las Vegas Sands' properties.

Caesars Entertainment (CZR) could be a natural fit geographically, but it just merged with Eldorado Resorts and has all the debt it can handle. I would rule it out almost immediately.

The most logical fit could be MGM Resorts (MGM 1.56%). The company has a REIT partner in MGM Growth Properties (MGP) that could finance a portion of the deal. MGM itself had $4.8 billion in cash on the balance sheet on June 30, 2020, and added another $750 million through a debt offering this month. It could easily come up with the funds to acquire the Las Vegas Sands resorts from cash on hand, REIT financing, or another debt offering. And it obviously has a lot of potential synergies in Las Vegas.

Smaller companies like Boyd Gaming (BYD 0.84%) and Penn National (PENN 0.88%) could make a play for the assets, but their balance sheets would be stretched trying to make such a big deal. But at this point, I wouldn't count them out either.

Where does Las Vegas Sands go from here?

Sheldon Adelson has been turning his focus to the Asian gambling market for decades, and now that Sands Bethlehem has been sold there's only one major U.S. asset left. And it only generates about 15% of the company's revenue, so it makes sense to sell the property if it can fetch the right price.

What works in Las Vegas Sands' favor is that REITs have become a key financing tool, especially now that rates are extremely low. So a buyer could use a REIT to finance a transaction that could cost $6 billion, assuming Bloomberg's reporting is right. That's a hefty price to pay, but this is one of the best assets on the Las Vegas Strip, and a buyer that could pull off the transaction would hold the key to major conventions and trade shows year-round. Long-term, that's a lucrative business, and could be a coveted asset if Adelson is willing to part with it.

Which of These Casino Stocks Is a Hotter Buy?
397%