Shares of e-learning curriculum provider K12 (NYSE:LRN) got high marks from investors Tuesday. The company's shares were up 4.9% at 2:20 p.m. EDT today after K12 surprised investors last night with a $0.30 per share profit in the 2021 first quarter, when Wall Street had predicted a loss of $0.31. 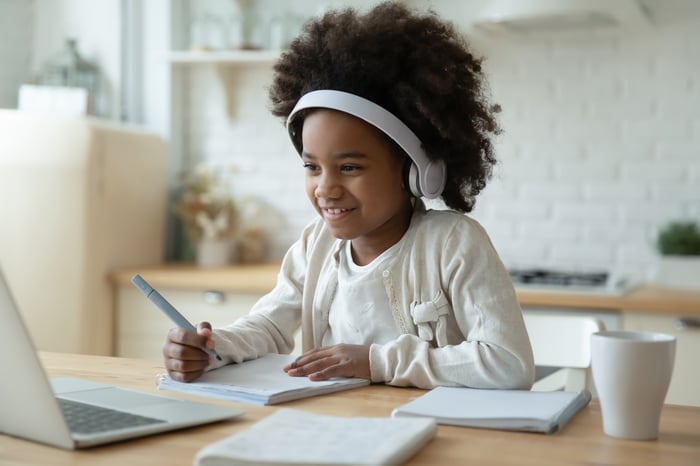 Not all of K12's news was good, which may explain why the huge swing from loss to profit isn't giving K12 quite as much of a pop as we might otherwise have expected.

Free cash flow remains firmly in the red. If you add up cash used in operating activities, capital investments, and capitalized software and curriculum-development costs, free cash flow for this profitable quarter was actually significantly more negative than a year ago, with $127.3 million in cash burned during the quarter.

I find that number disturbing, but most investors are taking the earnings beat at face value. And they seem to be further encouraged by management's promise to deliver at least a pro forma profit in Q2 ($42 million to $45 million in adjusted operating income), and to close out this fiscal year with adjusted profits in the $120 million to $130 million range.