In baseball, home runs are good and strikeouts are bad. There are a lot of results in between, but some batters spend their entire careers swinging for the glamorous long ball, even if they strike out a lot.

This is a little bit like the approach to Operation Warp Speed (OWS), the government's program to accelerate COVID-19 vaccines and treatments through development, production, and distribution. Until recently, more than $10 billion had been committed to vaccines with only one deal for a treatment. That deal, Regeneron's (NASDAQ:REGN) $450 million agreement to create a monoclonal antibody cocktail to treat COVID-19, now has company.

Earlier this month, AstraZeneca (NASDAQ:AZN), which already had a deal with OWS to develop a vaccine, announced a $486 million deal similar to Regeneron's. The U.K. company will create a cocktail of two monoclonal antibodies much like the one President Donald Trump was treated with when he was sick with COVID-19 in early October. 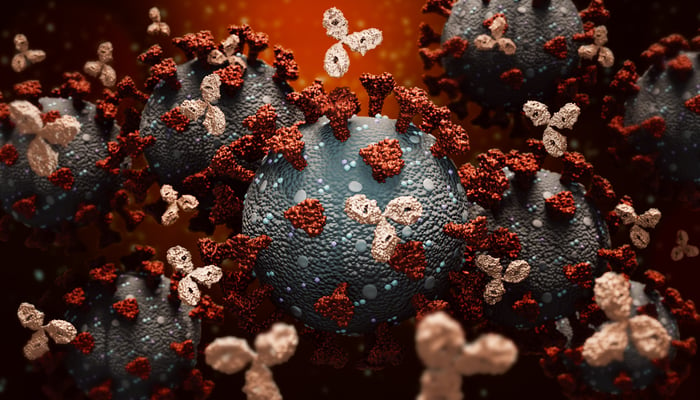 Although the partnership with AstraZeneca isn't technically new, the collaboration on a treatment is. The company licensed the drug from Vanderbilt University and applied proprietary technology that extends the amount of time the antibodies remain in the body. The company committed to having 100,000 doses prepared by the end of 2020, with another million doses through 2021 possible under a separate agreement.

There will be two phases for clinical trials: The first will evaluate safety and efficacy in preventing infections for up to 12 months, while the second will assess how well the drug can prevent COVID-19 in patients who have been exposed to the coronavirus. This would be especially helpful in a world where contact tracing was embraced, as vulnerable people who had been exposed to the virus could preemptively receive treatment, potentially avoiding the worst outcome.

As mentioned above, other companies are using the monoclonal antibody approach, both with and without support from OWS. Regeneron's $450 million deal was for 300,000 doses. After the president repeatedly called the drug a cure, demand has spiked. However, the drug is still not far enough along in its trials to know how much it helps in the fight against COVID-19.

Despite this, giving the drug to the President is admittedly a tacit endorsement. That hypothesis was bolstered when the company received approval from the U.S. Food & Drug Administration (FDA) for its Ebola vaccine, a monoclonal antibody cocktail.

Drugmaker Eli Lilly (NYSE:LLY) has also been developing a monoclonal antibody cocktail without an agreement with OWS. Soon after the President's proclamations, management at both Eli Lilly and Regeneron applied for FDA emergency use authorization, which allows use of the product during a state of emergency. In early data, both drugs appear to help patients with mild amounts of the virus who have not mounted an immune response. Administration of the drugs helps prevent patients from visiting the emergency room or hospital.

Despite the positive anecdotal evidence, monoclonal antibodies are not the panacea they appear to be. These treatments must be given intravenously, which means they cannot be administered in a normal retail setting. Further, the perfect setting would be an infusion center for cancer patients, but you can't mix COVID patients with cancer patients. Even if these treatments are approved -- and neither company has published data in a peer-reviewed journal -- the distribution will need to be figured out.

While the scientific community awaits data on Regeneron's results, Eli Lilly's trial evaluating a combo treatment of its antibodies with Gilead's remdesivir is on pause. This study, the same treatment the president received, was paused by the National Institute of Allergy and Infectious Diseases last week "out of an abundance of caution", over an unidentified safety concern.

Meanwhile, AstraZeneca will begin enrolling patients in the next few weeks to prove its antibodies can offer prophylaxis, or preventative benefits. While Eli Lilly and Regeneron are also running studies to determine their drugs' preventative potential, neither has suggested a duration as long as AstraZeneca's 12 months. Upon approval, management plans to sell its vaccine at cost but its monoclonal antibody "at commercial terms".

With so many vaccine candidates, and even other monoclonal antibody treatments ahead of them, perhaps management knows the long-lasting effect of its candidate will be a true differentiator in the market for COVID-19 treatments and preventions.