Shares of Carvana (CVNA 6.22%), the e-commerce auto trader known for its car vending machines, jumped 12% early today after announcing third-quarter earnings late yesterday. The bounce didn't completely hold, and shares are now up 4% as of 10:30 a.m. EDT on Friday. 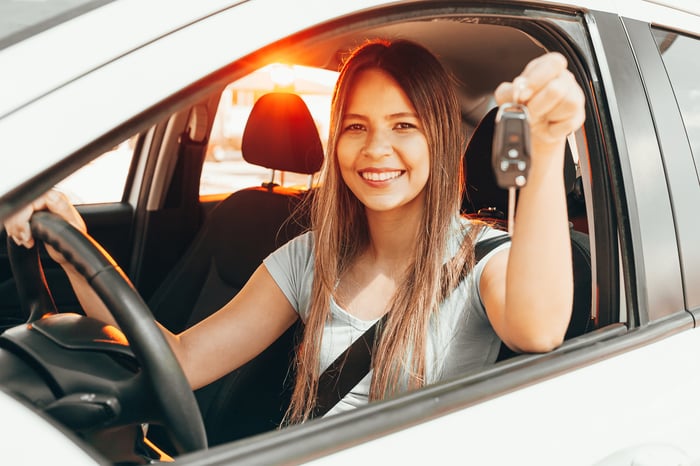 Carvana now has 26 of its unique car vending machines after opening one in Louisville, Kentucky, during the third quarter and another in Detroit since the end of the reporting period.

The trading platform allows customers to buy and sell automobiles, and the company said the third quarter marked the first time that Carvana purchased more cars from customers than it sold. It also noted a spike in profitability as it reported gross profit per unit (GPU) of $4,056, an increase of almost $1,100 over the prior-year period.

Investors have been rewarded as the company has grown, with shares more than doubling since the beginning of 2020. Carvana also predicts "strong growth" in 2021 on the heels of its profitability improvement in the quarter.

Where Will Carvana Be in 1 Year?