Investors in Tesla (NASDAQ:TSLA) are having a very bad day today. Everyone in the stock market seems to be having a bad day, with the S&P 500 down nearly 2% and the Nasdaq down more than 2.5%. But investors in the electric car maker are suffering even more than most on Friday, incurring a 6.1% loss through 11:10 a.m. EDT on no apparent bad news specific to Tesla. 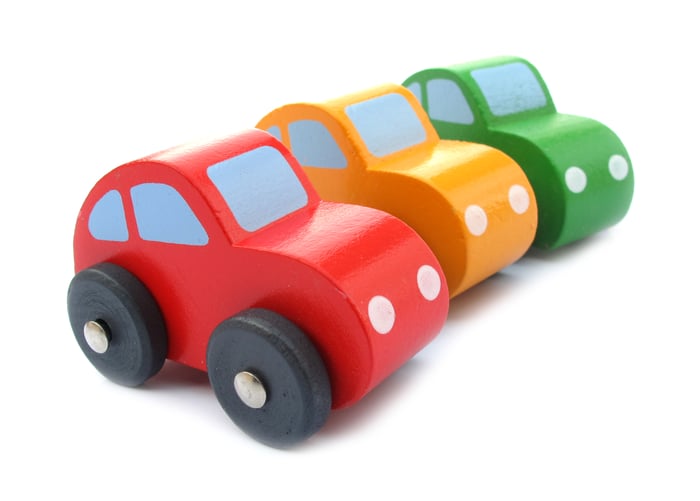 Tesla investors could be looking at a 3-car race. Image source: Getty Images.

Instead, Tesla is tumbling in a stock market rocked by the latest coronavirus numbers, as the U.S. marches seemingly inexorably beyond 9 million infections, and toward 230,000 deaths.

Wall Street responded quickly to the report, with Wedbush saying Thursday that GM's Hummer electric vehicle has sold out in its pre-order phase, and could prove a strong competitor to Tesla.

And today, Reuters is reporting that Ford (NYSE:F) is building its Active Driver Assist hardware into its very first batch of redesigned F-150 pickups and Mustang Mach-E electric SUVs, which will go on sale this year. By the third quarter of 2021, the company plans to activate the software remotely, adding new competition for Tesla.

Will consumers really prefer these new offerings from Tesla competitors, though, after years of getting progressively more familiar with its technology? Maybe, maybe not. But at a price-to-earnings ratio of 800, there's zero margin of safety in Tesla stock already. Even a tiny increase in competition could do a lot of damage to the shares.