Hasbro's (NASDAQ:HAS) stock price fell sharply following the third-quarter earnings report. Investors didn't seem to like the weakness in revenue performance, mostly as a result of production delays in entertainment and film.

However, Hasbro has a deep pipeline of projects in development that serve as growth catalysts beyond 2020 and could make the recent dip in the stock price a great buying opportunity. Here are three reasons why the sell-off was unjustified. 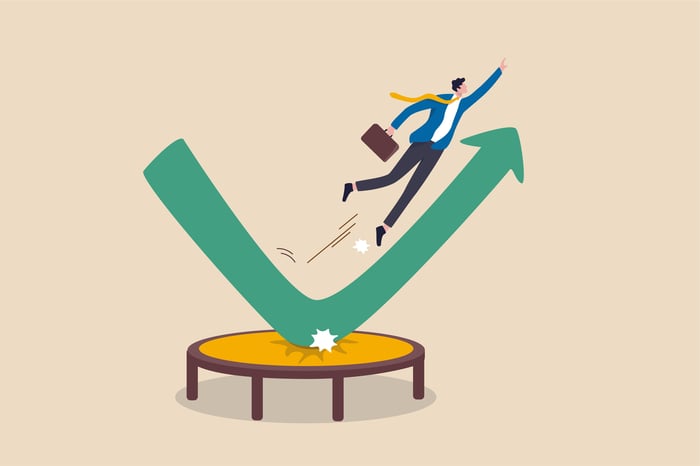 1. Hasbro has a bright future in film and entertainment

Hasbro reported revenue of $1.78 billion for the third quarter, representing a decline of 4% year over year on an adjusted basis. The company's franchise brands, including sales of Monopoly, Play-Doh, and My Little Pony, pushed that segment's revenue up by 4%, but that wasn't enough to overcome a severe drop in revenue from the film and entertainment division.

Production and delivery delays caused a 28% decline in Hasbro's TV, film, and entertainment business, which generated revenue of $165.7 million for the quarter. There was also a difficult year-over-year comparison with last year's strong performance of the Transformers Bumblebee film.

Theaters were shut down globally for most of the quarter, but these are already starting to reopen in certain areas. Hasbro reported that demand for stories and content remains high.

Within the new eOne segment, Hasbro is looking to capitalize on the appetite for entertainment with a pipeline of over 150 active television and film projects based on more than 30 Hasbro properties. These projects include live-action adaptations of Power Rangers for television, and theatrical live-action films for Dungeons & Dragons and My Little Pony. The My Little Pony film is scheduled to release next year, and management has high expectations for it.

Some of Hasbro's larger productions are starting to ramp back up. Management expects deliveries to improve in the fourth quarter, with some revenue being pushed into 2021. Overall, the recent sell-off doesn't reflect the long-term trend of Hasbro's business, which is clearly headed in the right direction.

2. Core toy brands are performing well heading into the holidays

The growth in franchise brands last quarter is encouraging, as these toy sales generate most of Hasbro's revenue. While revenue from partner brands was down, there was a silver lining with strong sales of Star Wars toys. 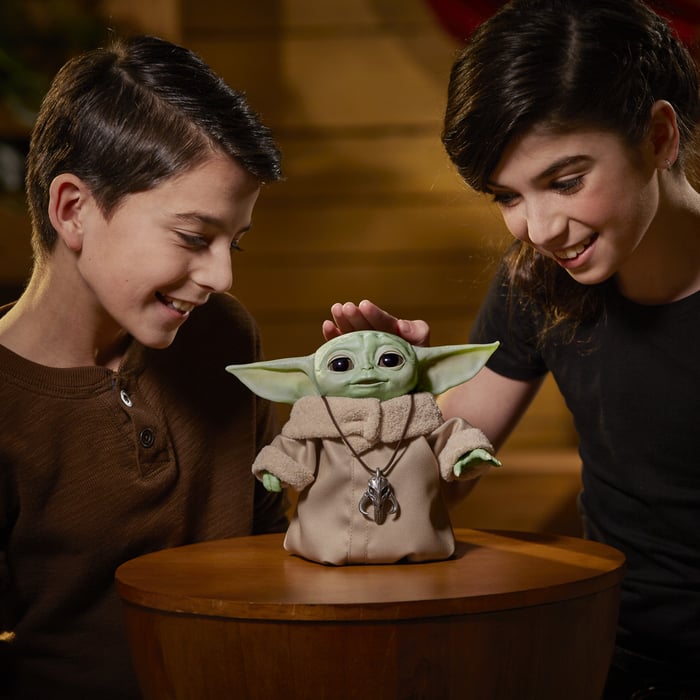 Disney's new streaming service is driving high engagement, which fueled demand for Baby Yoda toys during the quarter. Hasbro also saw healthy demand for the 40th anniversary Empire Strikes Back product and retro Star Wars action figures. This gives Hasbro good momentum ahead of the second season of The Mandalorian releasing on Oct. 30 on Disney+, which will no doubt stimulate a new round of demand for everything Baby Yoda (officially referred to as The Child).

Hasbro also reported that its product lines sold well on Amazon Prime Day and other initiatives with retail partners recently.

What got overlooked in the earnings report was an improvement in adjusted operating margin of 230 basis points. And despite the decline in revenue, adjusted net earnings came in at $1.88 per share, slightly higher than the year-ago quarter's $1.74.

In the short term, Hasbro should continue to see healthy sales of Star Wars toys coinciding with the new season of The Mandalorian. But that may not be able to carry the entire partner brands segment to growth next quarter, given that Hasbro is facing a tough year-over-year comparison with last year's release of Frozen 2 and related toy sales.

Overall, the quarter was solid under the circumstances. Growth in franchise brands is encouraging, and the film and entertainment business should become a significant profit driver for Hasbro over the longer term. The entertainment projects currently under way with eOne will drive a higher profit margin over the long term across consumer products and digital gaming.

Moreover, the stock is relatively undervalued. Hasbro shares sell for a forward price-to-earnings (P/E) of 18.9, which is below the S&P 500's average forward P/E of 24.2. Add it all up, and Hasbro remains a compelling buy.