No matter the outcome of the upcoming election, these industry leaders are set to excel in 2021 and beyond. 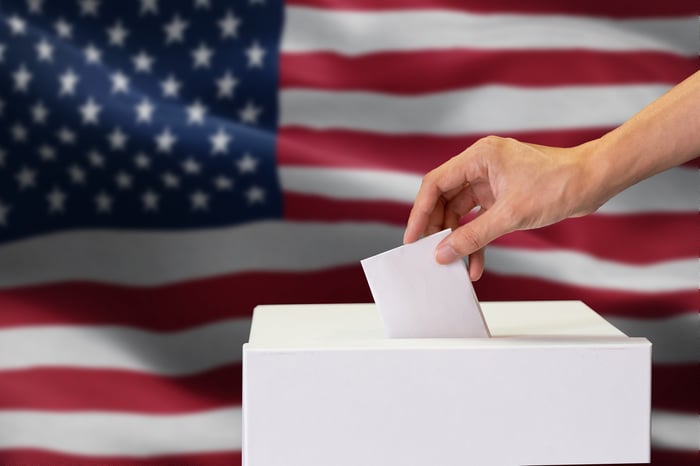 But in the past few years, Illumina (ILMN 0.59%) CEO Francis deSouza has talked of being able to sequence human genomes for $100 apiece. His comments have set in motion a great deal of contemplation across the healthcare world among researchers considering what they could do with such services if the prices dropped that low. It's the same "prime the pump" approach the company took when it first began discussing the possibility of $1,000 genomes in 2014. While the cost today is around $600, earlier this year China's BGI Group claimed to have cracked the $100 barrier using U.S. technology.

Utility companies aren't always the first businesses that come to mind when you talk about renewable energy, but NextEra Energy (NEE -1.07%) is an industry leader. It's the world's largest generator of wind and solar electricity, with projects in most states and several Canadian provinces. NextEra has solidified this leadership position with more than $75 billion in investments since 2014 and hasn't slowed down.

Nucor (NUE -1.74%) has bucked the trend in the steel industry by operating smaller plants and delivering higher-margin products. The company's novel approach was even featured in Jim Collins' Good to Great, one of the most-loved and best-selling business books of all time.

3 Retirement Stocks to Buy in September
405%