Virgin Galactic Holdings (NYSE:SPCE) said on Monday that it is still on track to do a space test flight this fall, looking to reassure investors who were disappointed that an earlier test was not what was expected.

In a update published on its website, the company said preparations for the test flight "continue to progress well," and that the upcoming test should provide some of the data the company needs to win final Federal Aviation Administration approval of its spaceflight license.

The mission will also be revenue generating, a rarity for Virgin Galactic at its current stage. The launch will include three NASA payloads in the cabin that will collect data while the spaceship is at altitude. 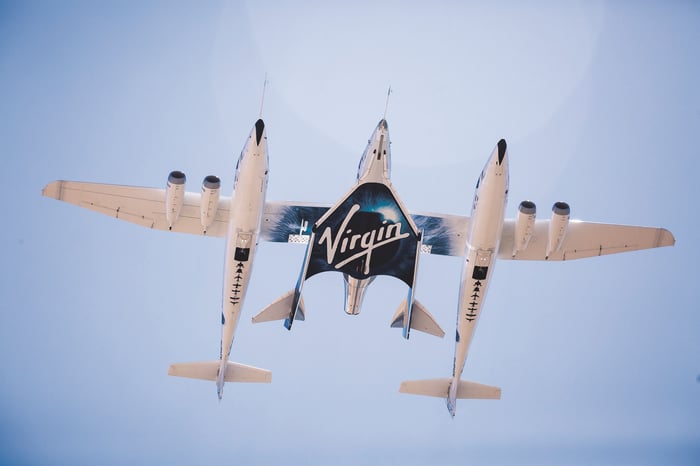 It will also give the company a chance to test its suite of internal cabin cameras and other customer-experience elements.

Investors are watching Virgin Galactic's progress carefully. The stock traded down 5% on Oct. 30 after the company announced it had tested only the mother ship designed to help get Virgin's spacecraft to altitude, and not the spacecraft itself.

But there is a word of caution in the update as well. Mike Moses, president of space missions and safety at Virgin Galactic, wrote that "... if test conditions on the day suggest a shorter burn, that's fine and we'll return to fly again soon."

Virgin Galactic aims to sell tourists brief trips into space at ticket prices of $250,000 or more. The company says it has a backlog of deposits, but it is still very much a speculative venture.

Investors would love to see it hit its goal to start sending tourists to space early next year so it can begin to make good on that potential, and hopefully turn into a strong growth story. Getting this test flight off the ground would be a step in that direction.