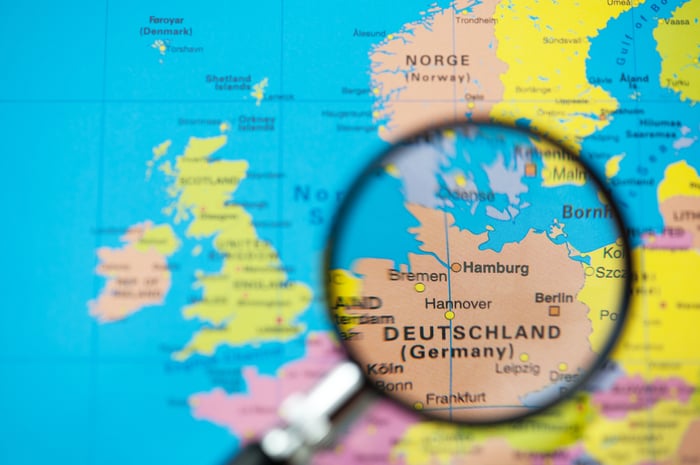 First and foremost, $14 million is kind of like pocket change for Tesla, which did $8.8 billion in revenue last quarter alone, according to data from S&P Global Market Intelligence. Plus, Tesla may not even have to pay the fine. As Tesla explained, in fact it "has continued to take back battery packs" and the fine really relates "primarily to administrative requirements" on how it does this. In any case, Tesla is appealing the fine and, whether it wins or loses, does not expect to suffer "a material adverse impact on our business."

Plus, all of these facts were revealed in Tesla's 10-Q filing on Oct. 26, so while AN is just getting around to reporting them today, they were probably already baked into the stock's price before this.

Meanwhile, in China, where Tesla now has a factory operating at full speed, news of a different sort is helping to lift shares of the electric-car maker. Reuters cites Chinese government sources predicting that sales of electric (and plug-in hybrid, and hydrogen fuel cell) cars will surge to account for 20% of all new car sales by 2025.

If correct, this prediction would quadruple the current market share of electric car companies like Tesla in China, boosted by a "green car quota system" that will "guide automakers to make more environmentally friendly vehicles."