Roughly 1.5 billion cyberattacks could occur this year, according to internet security firm Kapersky. Those evolving and escalating attacks across an interconnected world are sparking robust demand for new cybersecurity services.

As a result, Grand View Research estimates the global cybersecurity market, which was valued at $156.6 billion last year, could grow at a compound annual growth rate of 10% between 2020 and 2027. Investors who want to profit from that secular trend should consider buying three promising players in this competitive market: Crowdstrike (NASDAQ:CRWD), CyberArk (NASDAQ:CYBR), and Cloudflare (NYSE:NET).

Crowdstrike's cloud-based platform, Falcon, bundles together endpoint security, threat detection, and cyberattack response services for large organizations. It serves nearly half of the Fortune 100 companies, including major banks, healthcare providers, and energy companies. Its cloud-native service is more flexible and scalable than the on-site appliances deployed by many older cybersecurity firms. 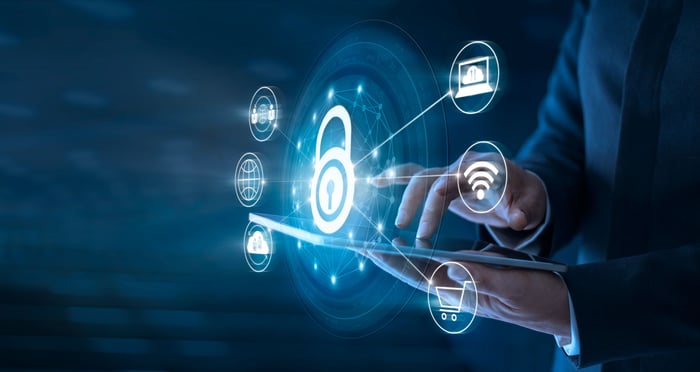 Crowdstrike's tools are aimed at countering corporate espionage and attacks from foreign governments, and it gained mainstream recognition after probing the Russian cyberattacks against the Democratic National Convention in 2015 and 2016.

Crowdstrike went public last June, and its stock nearly quadrupled as it dazzled investors with its robust growth rates. Its revenue surged 93% to $481.4 million in fiscal 2020, which ended on Jan. 31, its adjusted subscription gross margin expanded, and its non-GAAP net loss narrowed from $119 million to $62.6 million. CEO George Kurtz attributed that growth to a "seismic shift to cloud native technologies and cloud workloads", wherein companies are streamlining their infrastructure with cloud services.

In the first half of 2021, Crowdstrike's revenue rose 85% year-over-year to $377 million, its adjusted subscription gross margin expanded again, and it posted a non-GAAP net profit of $12.5 million -- compared to a loss of $45.2 million a year earlier.

Its total number of subscribers also surged 91% year-over-year at the end of the second quarter. 57% of those customers had adopted four or more of its cloud modules, up from 50% a year ago.

For the full year, Crowdstrike expects its revenue to rise 68%-72% with its first non-GAAP profit.This hot stock isn't a bargain at over 30 times this year's sales, but it remains cheaper than many other high-growth tech stocks.

CyberArk is the market leader in the privileged access management (PAM) market. Instead of repelling external attacks, CyberArk's PAM tools weed out internal threats like disgruntled employees and corporate spies. Over half of the Fortune 500 companies currently use CyberArk's services. 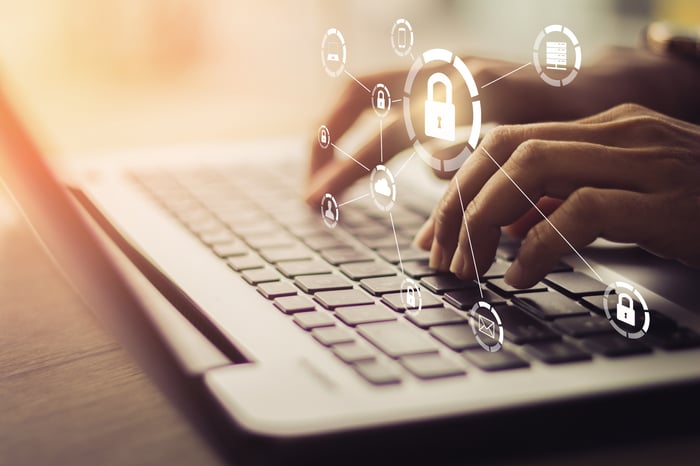 CyberArk's revenue rose just 9% year-over-year to $213.3 million in the first half of 2020, as the COVID-19 pandemic sent employees home and postponed new deals. That pressure, along with higher expenses throughout the crisis, caused it to post a net loss of $1.9 million, compared to a profit of $27.1 million a year earlier.

That near-term outlook seems bleak, but CyberArk's growth should accelerate again after the pandemic ends. Newer products like Privilege Cloud and Alero, which target remote workers, should also offset some of its on-premise pain until the situation improves.

CyberArk's stock remains cheaper than those of many of its peers at less than 50 times forward earnings and eight times this year's sales. Investors should take a closer look at this stock, which slipped 15% this year, if it reports stable growth and a decent outlook during its third-quarter earnings report on Nov. 10.

Cloudflare's content delivery, domain name server, and cybersecurity services sit "between" a website's visitor and its host. When Cloudflare hosts a website, it protects it from DDoS (distributed denial-of-service) attacks, helps it deliver content like streaming media, and shields visitors from malicious software.

In early October, co-founder and COO Michelle Zatlyn claimed cybersecurity networks like Cloudflare were essentially "water treatment filtration systems" for the internet. Zatlyn predicted Cloudflare would reduce the need for traditional cybersecurity services over the next decade, since it would "make sure whatever's passing through us is clean."

For the full year, Cloudflare expects its revenue to rise about 41%, and for its non-GAAP net loss to narrow significantly, from $0.48 per share to $0.17-$0.18 per share. Investors should see if it updates those figures in its upcoming third-quarter earnings report on Nov. 5.

Cloudflare's stock isn't cheap at nearly 40 times this year's sales, but its forward-thinking approach to securing websites instead of individual machines and networks could justify that premium.