The stock market has been anxious about the U.S. presidential election for a long time, and on Tuesday, voters are finally going to the polls. The Nasdaq Composite (NASDAQINDEX:^IXIC) is reacting positively to the idea that investors will finally be able to put the election behind them and move forward to refocus on companies and their business prospects. As of just before noon EST, the Nasdaq was up just shy of 2%.

For the most part, the most influential stocks in the Nasdaq Composite were broadly higher on Tuesday. A notable exception was PayPal Holdings (NASDAQ:PYPL), which lost ground despite releasing a solid earnings report. Elsewhere, SolarEdge Technologies (NASDAQ:SEDG) suffered a much-larger decline after giving investors its latest reading on its performance.

PayPal Holdings saw its stock sink between 1% and 2% at midday on Tuesday. Investors weren't willing to give the electronic payment network any credit for the record-setting growth it posted during the third quarter. 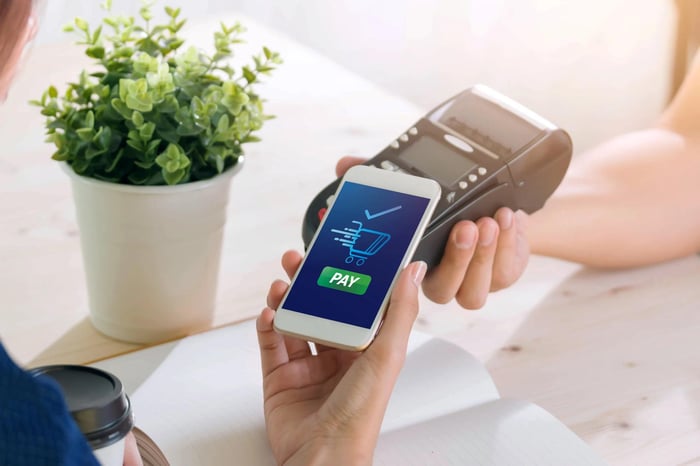 PayPal's revenue jumped 25% from year-ago levels, which outpaced the guidance that PayPal's management had given previously. Adjusted earnings per share climbed at a better-than-40% pace year over year, and free cash flow saw similar gains.

Users are making PayPal's platform more popular. The electronic payment company attracted more than 15 million new accounts, which PayPal has surpassed only once before in its history. Transaction volume also picked up steam, and the Venmo peer-to-peer payment service's payment volume soared more than 60%.

PayPal's stock move might not be making shareholders happy, but those watching the fintech industry more broadly are pleased to see PayPal's adoption rates reflecting so much strength. The numbers bode well for the innovations that PayPal and its peers are advancing in order to grow the entire electronic payments industry going forward.

The sun sets on SolarEdge

More troubling was the 24% plunge in shares of SolarEdge Technologies. The move came after discouraging news from the smart-energy specialist's third-quarter financial report.

SolarEdge wasn't able to overcome headwinds in the current business environment, as its revenue dropped 18% from where it was a year ago. Adjusted net income climbed at just a 4% pace year over year, leading to flat performance in earnings per share.

Moreover, SolarEdge doesn't see those challenges abating soon. The company gave guidance for $345 million to $365 million in revenue for the fourth quarter. That's already well below the $390 million that most of those following SolarEdge had expected.

A host of stock analysts responded by cutting their views on SolarEdge. Oppenheimer downgraded that stock from outperform to perform at Oppenheimer and from market perform to underperform at Northland. Roth Capital cut its price target on the stock by $20, to $280 per share, just a day after having made a bigger boost to its SolarEdge target share price.

However, there were still some bullish views. J.P. Morgan weighed in with a call to buy the stock on weakness, even though it cut its price target by $13, to $239 per share, and repeated its underweight rating. Long-term investors should benefit by taking advantage of a downward move in the share price to take positions in SolarEdge.

Solar stocks have done well lately, and SolarEdge has been one of the best. It's not surprising to see a pullback for such a strong performer, but SolarEdge will want to get itself back into a brighter growth trajectory in order to restore investor confidence.