Shares of solar and smart energy technology company SolarEdge Technologies (NASDAQ:SEDG) crashed 25% at the market open today after the company reported earnings yesterday evening. The stock remains down 22% as of 10:30 a.m. EST.

The company beat estimates on income, but revenue was down compared to the prior-year quarter, and company guidance called for another report of lower revenue in the fourth quarter.

The results from the high-flying solar stock have prompted at least three analyst price downgrades today. 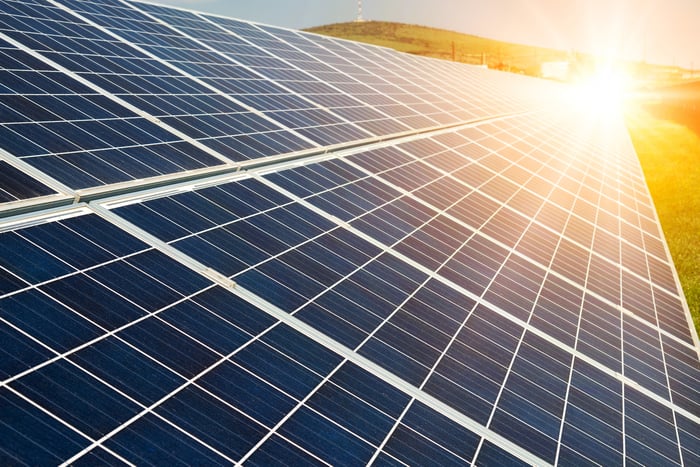 SolarEdge reported revenue decreased 18% compared to the year-ago quarter, and midpoint guidance for the fourth quarter would have it down 15% for the three-month period ended Dec. 31, 2020.

By comparison, competitor Enphase Energy (NASDAQ:ENPH) recently reported third-quarter sales down only 1% compared to its 2019 third quarter and gave guidance implying a 20% jump in fourth-quarter revenue year over year.

The report from SolarEdge prompted analysts from J.P. Morgan, Susquehanna, and B. Riley to cut their price targets on the company today. Even with today's sharp drop, SolaEdge shares have more than doubled since the start of 2020.

Another analyst, Gus Richard from Northland Capital, cut the firm's rating to underperform today, saying he "can't make a case for a higher multiple without numbers increasing."

SolarEdge touted its growth in Europe and said its solar business outside the U.S. reached an all-time high. But investors who fear the company is losing ground in the U.S. solar panel microinverter market are taking profits today after the stock has had a strong run.