Pacific Biosciences of California (NASDAQ:PACB) stock has been on a tear, more than tripling in just the last three months. It definitely helped that a top analyst, J.P. Morgan's Tycho Peterson, raised his price target for PacBio from $5 to $15 early last month.

But analysts' optimism has to be backed by solid financial results to keep this kind of momentum going. PacBio reported its third-quarter results after the market closed on Monday, and it looks like its hot streak has hit a speed bump. 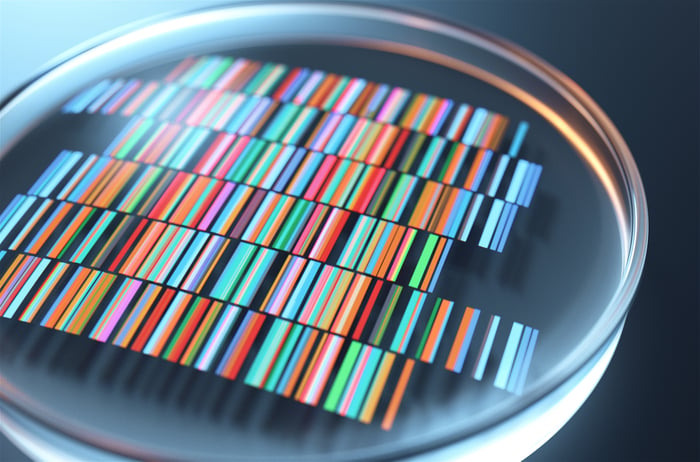 PacBio reported revenue in the third quarter of $19.1 million, down 12.7% year over year. This result also came in below the consensus Wall Street estimate of $20.35 million.

PacBio's bottom line improved despite its lower revenue thanks to reduced spending. The company reported operating expenses in Q3 of $31.2 million, down from $35 million in the same period of 2019.

That big jump in PacBio's cash stockpile stemmed in large part from the company's public offering in August 2020, which raised $93.6 million in net proceeds. The company also received a hefty reverse termination fee payment from Illumina earlier this year as part of the agreement to end the two companies' planned merger.

The COVID-19 pandemic will unsurprisingly continue to be the main wild card for the healthcare stock. PacBio CEO Christian Henry noted that instrument sales would likely be impacted in the near term because of the pandemic.

However, Henry expressed optimism about PacBio's future prospects. In particular, he pointed to the company's launch of its new Sequel IIe gene-sequencing system, which can lower costs by 80% or more compared to its Sequel II predecessor.

PacBio also has ongoing collaborations with several customers that could pay off. The company is working with Asuragen to develop assays for the carrier screening market. It partnered with Children's Mercy Hospital in Kansas City to sequence rare diseases for which short-read sequencing hasn't helped much. In addition, PacBio and Invitae are collaborating to study targets for use in the development of advanced diagnostic testing for epilepsy.