Dominion Energy (NYSE:D) has sliced its quarterly dividend. On Wednesday, the big regional gas and electricity provider declared that its next payout will be $0.63 per share, to be paid on Dec. 20 to investors of record as of Dec. 4.

That represents a reduction of 33% from Dominion's previous dividend of $0.94, which was handed out in mid-September. The dividend cut naturally means a decline in its yield, which at the current share price is 3%.

Meanwhile, it should be remembered that Dominion remains a very steady and reliable dividend payer. In the press release announcing the modified payout, the company took pains to mention that this will be the 371st consecutive dividend paid by it and its predecessor company. 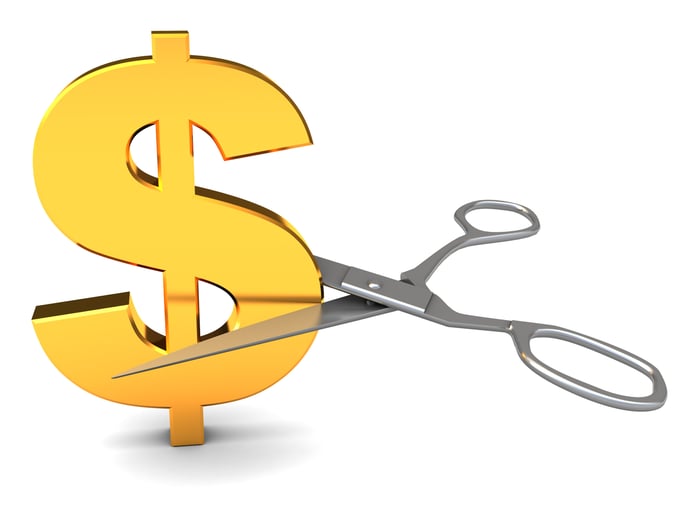 Also, the cut was entirely expected. In July, management announced that it would take such action by the end of the year, although at the time it said the cut would only be 28%. The move comes as the company is in transition from a sprawling and multifaceted energy business to one more focused on its traditional utilities core.

The company provided a stark illustration of its transformation when it announced, also in July, a divestment deal valued at $9.7 billion with Warren Buffett's Berkshire Hathaway (NYSE:BRK.A)(NYSE:BRK.B). In the deal, Dominion sold considerable natural gas transmission and storage assets to Berkshire, in addition to a 25% holding in a liquefied natural gas facility.

All things considered, Dominion investors are taking the latest news well. The company's shares were slightly up in midafternoon trading on Wednesday, although they were trailing the gains of the S&P 500 index.