The election between Donald Trump and Joe Biden has remained far closer than many polls predicted. Uncertainty often has a detrimental impact on the market, but the opposite is occurring now. The Dow was up over 700 points mid-day. The surge began last night, when a spike in futures trading volume tripped mechanisms to halt trading for the Nasdaq 100. 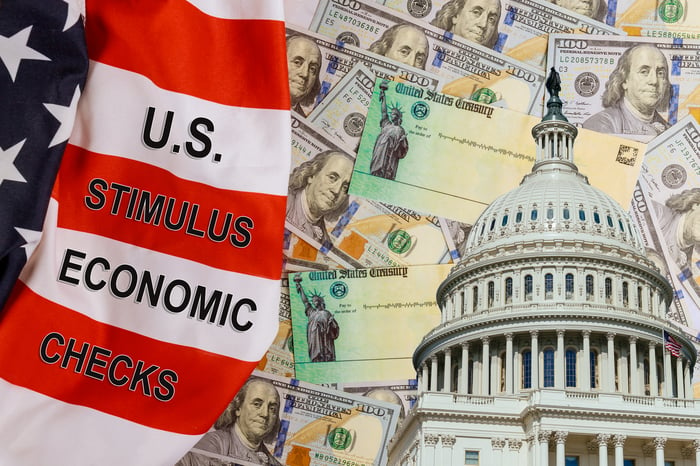 The race remains unclear. Major swing states like Pennsylvania and Michigan have yet to be determined, leaving the country in suspense. With that uncertainty, why is the market up?

A large contributor to the market surge, is the potential of a stimulus deal after the conclusion of the election. The debate over stimulus has had a strong effect on the volatility of the stock market over the last month. An end to the political campaigns could resolve some of the politics involved in stimulus talks, and improve the odds of making a deal. Moreover, the Republican Party seems to be holding its ground in Congress, which will assuage fears of either party causing too much of a shake up.

Healthcare stocks like UnitedHealth Group (NYSE:UNH) are up today, which indicates that a more balanced congressional outcome might have investors less worried about the possibility of major healthcare legislation. UnitedHealth in particular is up over 11% mid-day.

Major tech stocks are also jumping today with Facebook (NASDAQ:FB) up 8%, Amazon (NASDAQ:AMZN) up over 6%, and Microsoft (NASDAQ:MSFT) up over 5%.

Given recent market volatility, it's difficult to say whether this rally will last. COVID-19 remains a threat to the U.S. economy going into winter, and conjecture over stimulus is not guaranteed to be as clean cut as some may hope. Reactionary market movements related to the election do not guarantee long term trends. This is especially true when you consider that election outcomes at both the presidential and congressional levels remain inconclusive.