With just a couple of months left in the year, all eyes are on companies working to develop a vaccine for COVID-19. A reliable preventive method against the disease would go a long way to help us get back to some semblance of normalcy. One of the companies in the COVID-19 vaccine race is Novavax (NASDAQ:NVAX), a biotech whose shares are up by over 2,000% year to date, largely thanks to its coronavirus-related efforts.

Even in the context of the market-shattering returns it has delivered so far this year and the fact that Novavax hasn't yet brought a vaccine product to market, there still remains a bullish case for the biotech. Let's look closer at the arguments for and against, and decide whether adding shares of Novavax to your portfolio today would be a smart move.

The case for Novavax arguably rests on the prospects of its two leading pipeline candidates: NanoFlu, a potential vaccine for the flu for adults aged 65 and over, and its COVID-19 vaccine candidate, NVX-CoV2373. Turning to NanoFlu first, note that despite the wide availability of flu vaccines, the disease still causes thousands of deaths every year. Between 21,000 and 61,000 deaths have occurred annually in the U.S. between 2010 and 2020, according to the U.S. Centers for Disease Control and Prevention (CDC). Furthermore, most flu-related hospitalizations and deaths in the U.S. are of seniors over the age of 65.

Novavax hopes that its candidate will help alleviate the annual costs (monetary and otherwise) associated with the flu. The company has already shown NanoFlu to be both safe and effective. In a phase 3 clinical trial, Novavax pitted its candidate against Fluzone Quadrivalent, one of the leading available annual flu vaccines (which is marketed by Sanofi).

During the trial, Nanoflu demonstrated a favorable safety profile comparable to that of Fluzone Quadrivalent, and it also showed non-inferior immunogenicity (the ability to trigger an immune response in the body) compared to Sanofi's flu vaccine. In January, the U.S. Food and Drug Administration (FDA) granted NanoFlu the Fast Track designation, which will help speed up the review of the candidate.

Novavax has yet to submit its candidate to the FDA, but on Oct. 13, it announced that it had appointed a leadership team to advance NanoFlu through regulatory licensure. With a market opportunity greater than $4 billion in six major markets (including the U.S. and five European countries), Novavax's flu vaccine could turn into a cash cow if approved. 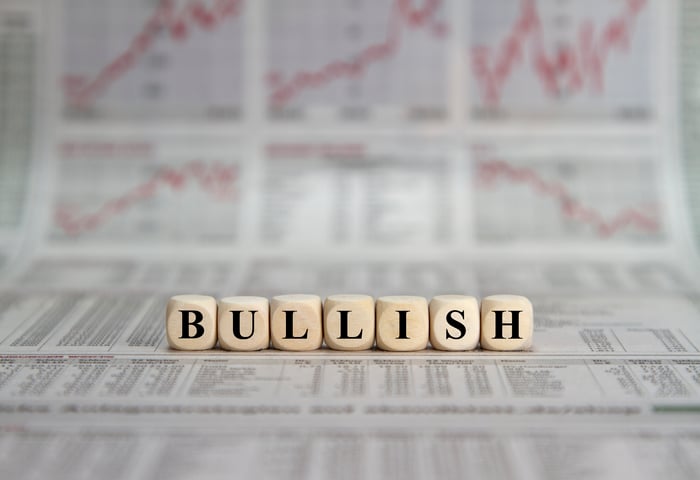 A coronavirus vaccine candidate is well in the works

The company's experimental COVID-19 vaccine could also be a big winner. During the first portion of a phase 1/2 clinical trial, NVX-CoV2373 was generally well-tolerated and generated antibody responses in all participants. Antibodies are proteins that defend healthy cells from pathogens.

Novavax is currently running the second portion of its phase 1/2 clinical study, which is testing the vaccine's safety and immunogenicity in a wider pool of participants; Novavax expects preliminary results in its fourth quarter, which ends Dec. 31. The company also started a separate phase 3 study for NVX-CoV2373 in the U.K., which is testing the safety, efficacy, and immunogenicity of the candidate; the biotech expects preliminary data from this study as early as the first quarter of 2021.

The company will also start another phase 3 study for the experimental vaccine in the U.S. by the end of November, which it hopes will enroll 15,000 participants. Novavax signed a $1.6 billion agreement to provide the U.S. government with 100 million doses of NVX-CoV2373, pending regulatory approval. The company has several other such deals with other governments in place, including the U.K., which has already purchased 60 million doses. Novavax could generate billions in sales from this candidate, driving its stock price even higher.

Reasons to be anxious

There are still plenty of reasons why it might be worth staying away from Novavax. The most obvious is that its leading pipeline candidates may end up not earning regulatory approval. That seems highly unlikely for NanoFlu, but its ongoing COVID-19 studies could end up delivering negative results. If that happens, the company's stock will probably plunge regardless of NanoFlu's positive prospects. Furthermore, there is the issue of competition, and in the coronavirus vaccine market, there are plenty of players ready to pounce.

Companies such as Pfizer and its partner BioNTech, AstraZeneca, and Moderna have all made solid headway in their attempts to commercialize their respective vaccines. All three have started rolling submissions for their candidates in several countries, something Novavax has yet to do. If these competitors launch their products on the market before Novavax does, investors could choose to sell off Novavax's shares in favor of one of its peers in the coronavirus vaccine race.

Despite the potential obstacles Novavax is facing, I think it is still a biotech stock worth buying, especially for investors who are slightly more aggressive than the rest of us. NanoFlu could earn FDA approval by the end of next year. The company's potential COVID-19 vaccine is a bit less of a safe bet, and because of the uncertainty surrounding NVX-CoV2373 -- and the potential for stock crashing if it fails to prove safe and effective -- investors may elect to only initiate a small position in Novavax.

The competition from other biotechs shouldn't be too much of a problem either. There is a large market opportunity for a COVID-19 vaccine, and the first wave of vaccines to hit the market won't be the last. The disease isn't going anywhere, which means even if NVX-CoV2373 hits the market later than others, it could still generate billions in sales.