Shares of several large drugmakers were jumping higher on Wednesday, following the U.S. elections. AstraZeneca (NASDAQ:AZN) stock was up 6.6% as of 3:13 p.m. EST. Shares of Bristol Myers Squibb (NYSE:BMY) weren't too far behind, with a gain of 6.4%. The biggest winner, though, was Eli Lilly (NYSE:LLY), with its stock vaulting 14.5% higher.

Why did these big pharma stocks move so much higher? It's probably because of the increased likelihood of divided government in the U.S. following Tuesday's elections. When one political party controls both the White House and both chambers of the U.S. Congress, the prospects of major changes that could negatively impact drugmakers tend to be greater. 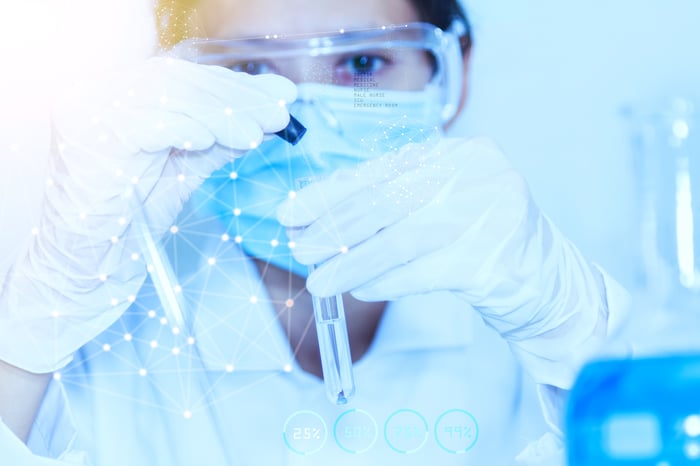 To be sure, more votes remain to be counted. As of the time of this writing, though, the Democrats appeared to retain a clear majority in the House while the Republicans seemed to be on track to hold onto control of the Senate. Meanwhile, the presidential election was up in the air, with Democratic nominee Joe Biden leading in the national popular vote and the electoral college.

Whether Biden or Donald Trump ultimately prevail in the presidential contest, it could be challenging for either person to move forward with their agenda without winning some level of bipartisan support. That's music to the ears of drugmakers, who prefer the status quo over the uncertainty of potential changes that could impact the pharmaceutical industry.

Why was Lilly a much bigger winner today than AstraZeneca or BMS? It could be related to the news that a Food and Drug Administration (FDA) advisory committee appeared to be in favor of approval for Biogen's experimental Alzheimer's disease drug aducanumab. Lilly is developing a promising Alzheimer's disease blood test.

What really matters going forward for AstraZeneca, Bristol Myers Squibb, and Lilly is how well their existing products perform and whether or not their key pipeline candidates succeed in clinical testing. AstraZeneca has the most highly anticipated results on the way soon with its COVID-19 vaccine candidate AZD1222.