Once considered a leading name in British industry, struggling energy major BP (NYSE:BP) is trying to divest a glitzy asset: its London headquarters.

Quoting "people familiar with the matter," The Wall Street Journal is reporting that the company aims to reap around 250 million British pounds ($325 million) for the structure. It aims to sell it to a Hong Kong-based company called Lifestyle International Holdings (OTC:LFSYF). An unnamed BP spokesman told the newspaper that it wants to divest it in a sale-leaseback deal, subsequently occupying it as a tenant. 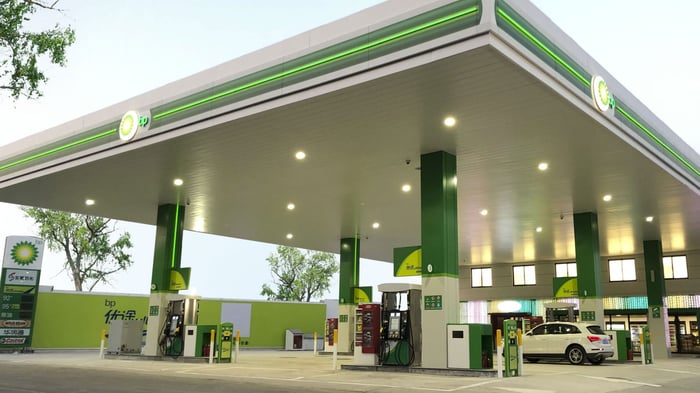 The building, in the tony district of Mayfair, has been the sprawling company's home after BP bought it in 2001 from Swedish telecom company Ericsson. But in the wake of the struggles of the oil industry generally (and BP specifically), the company has embarked on a program of asset sales to help shore up its finances.

At the time BP bought the structure, demand for oil was still robust and the company was one of the global titans of the industry. Since then, however, the Deepwater Horizon accident occurred, and more recently the coronavirus pandemic has significantly reduced demand for petroleum products; prices have come down lately, and they remain relatively weak.

Another factor squeezing the company is the ever-continuing push by governments, companies, and individuals to use greener alternatives. Although BP has been building up its alt-energy assets for years, in many ways it remains an old-style oil and gas giant.

The company's struggles have been quite apparent on the bottom line; it has booked a net loss in four of its last five reported quarters.