Netflix (NASDAQ:NFLX) helped usher in a new era of entertainment with streaming over the last 10 years, and the growth it has experienced has led to massive returns for investors.

The thing is that it is still a relatively young company. It debuted its first original series in 2013 with House of Cards, and it continues to experience growth internationally. While returns may not be quite as high as the last 10 years, there are several reasons why Netflix stock should still outperform over the next decade. 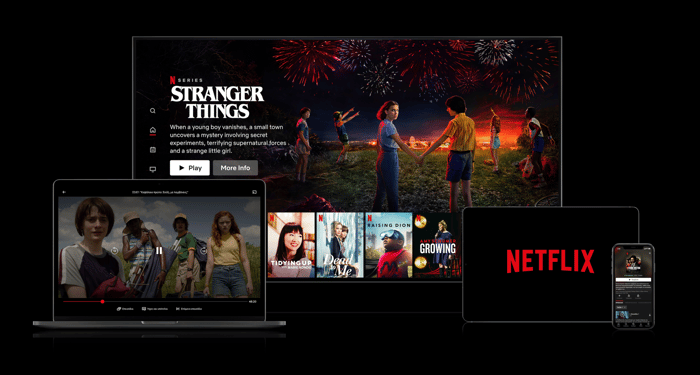 One trend that should benefit Netflix long term is increasing internet ubiquity. While the limitation of broadband internet access is an obstacle for Netflix internationally, a white paper from Cisco Systems estimates that internet access will expand by an additional 1.4 billion people between 2018 and 2023, bringing total internet users around the world to 5.3 billion. The number of connected devices will grow proportionally.

Cisco also finds that 71% of the global population will have mobile connectivity by 2023, and along with that, there will be significant improvement in mobile internet speeds. These trends serve as a tailwind for Netflix's subscriber growth.

Netflix started the decade with 20 million subscribers in 2010 and now has 195 million through the third quarter of 2020. The annual growth rate has remained at 20% or higher over the last few years, suggesting that Netflix is nowhere close to its saturation point.

RBC Capital analyst Mark Mahaney believes Netflix can reach between 475 million to 525 million subscribers by 2030. That represents an annual increase of about 10% per year at the midpoint. Excluding any future price increases, this should keep Netflix's revenue growing at a double-digit rate.

Another component of Netflix's returns will come from a higher profit margin. The company has plowed billions into content spending, which has kept its operating profit margin around the mid-single-digit level for much of the last 10 years. However, management has guided for a 16% operating margin in 2020 with plans to improve its profitability over the long term.

Mahaney also believes Netflix could more than double its operating margin by 2030, which would lead to a stronger bottom line. For what it's worth, the consensus analyst estimate has Netflix growing earnings per share by over 40% annually over the next five years.

Netflix has faced competing alternatives for screen time throughout its existence, but the company still managed to deliver great returns to investors. It's a good sign that subscriber growth accelerated in the second quarter, even with new streaming options available from heavyweight competitors like Walt Disney, not to mention that management is still seeing opportunities to raise prices.

Other services, including AT&T's HBO Max and Comcast's Peacock, don't appear to be hurting Netflix either as management said retention remained healthy last quarter, and engagement per member household was up "solidly" year over year.

Original content is Netflix's main advantage against competing services. Its growing library of original films and shows represents a major portion of its spending. Netflix spent more than $30 billion on content over the last few years, which will allow it to keep releasing new shows in the short term despite production delays during the pandemic.

Netflix's international opportunity, expanding profitability, and large content library should deliver market-beating returns for investors over the next decade.