Shares of World Wrestling Entertainment (NYSE:WWE) dipped 10.2% in October, according to data from S&P Global Market Intelligence. The stock fell after the company reported third-quarter results late in the month and was also pressured by sell-offs for the broader market. 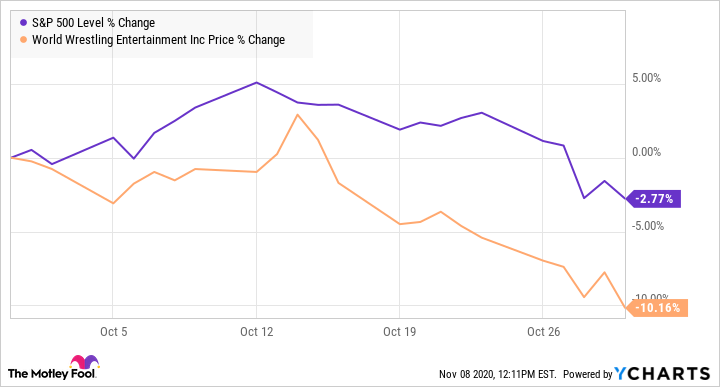 WWE published third-quarter results on Oct. 29, positing earnings that topped the market's target on sales that fell slightly short of expectations. The company posted non-GAAP (adjusted) earnings per share of $0.56 on revenue of $221.6 million, while the average analyst estimate (as polled by FactSet) called for per-share earnings of $0.38 on sales of $221.7 million. 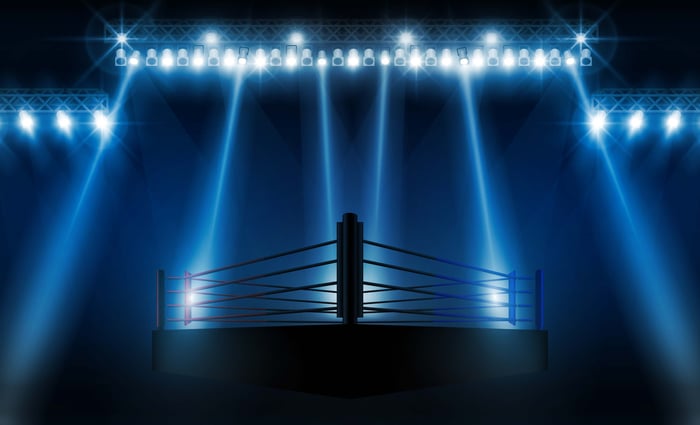 Management's choice not to provide forward guidance may have also played a role in WWE's stock sell-off last month. The broader market saw a significant pullback at the end of October's trading, and the lack of clarification from management may have overshadowed what was otherwise a pretty solid quarter.

Sales for the period were up 18.9% year over year, and the company managed to grow paid subscriptions for its WWE Network service by 6%. However, uncertainty created by conditions related to COVID-19 prompted the company not to reinstate guidance for the current fiscal year. Management also said the company had not bought back any stock under its $500 million approved repurchasing initiative in Q3, which some investors may have interpreted as a negative indicator.

WWE stock has inched higher early in November's trading, although its gains have lagged those of the broader market. The company's share price is up roughly 1% in the month so far. 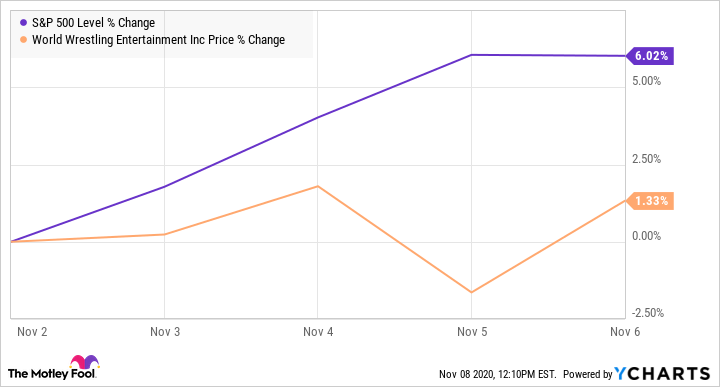 World Wrestling Entertainment has a market capitalization of roughly $3 billion and trades at about 22 times this year's expected earnings.