Cruise lines piled more bad news on investors last week when Carnival (NYSE:CCL) (NYSE:CUK) joined Norwegian Cruise Line Holdings (NYSE:NCLH) and Royal Caribbean (NYSE:RCL) in announcing that operations were going to remain suspended through December 2020, with no assurance of when they would sail again.

But shares in Royal Caribbean, Norwegian, and Carnival are soaring 28%, 31%, and 43%, respectively, at market open today after Pfizer (NYSE:PFE) and BioNTech (NASDAQ:BNTX) announced this morning that their COVID-19 vaccine candidate is showing 90% effectiveness.

The pharmaceutical companies reported the results based on the phase 3 clinical trial's first interim efficacy study, which was conducted by an external and independent committee that is monitoring vaccine trial progress.

The 90% efficacy level is far above what some experts have said is acceptable. White House coronavirus task force advisor Dr. Anthony Fauci has previously said that he would find a vaccine acceptable with efficacy rates as low as 50% or 60%.

Investors in travel and leisure companies such as the cruise industry are seeing this report as a new lifeline for the future of the businesses. 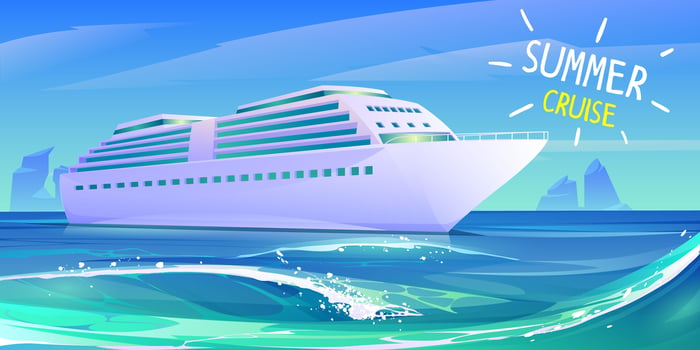 Even with operations suspended until 2021, there was no assurance that they would restart in January. Today's vaccine news doesn't change that, but it adds a firmer belief that there will be a restart in the foreseeable future and that it could bring passenger numbers back to pre-COVID levels.

Cruise lines are among the industries most negatively impacted by the pandemic. Restaurants could pivot more to delivery or pickup, and airlines have been able to slowly lower cash burn as passenger traffic continues, albeit at a low rate. But the cruise industry has effectively come to a halt.

Carnival has raised $12.5 billion since March just to remain liquid and have a reserve until operations restart. Last month, the company said it was going through $770 million per month in cash during the third quarter.

The good news for the cruise operators has been that bookings for 2021 have remained solid. Norwegian said in its second-quarter earnings release that next year's bookings have been "within historical ranges" when you include credits from previously cancelled trips being used.

The companies have been planning for the eventual return to the seas. Royal Caribbean and Norwegian formed a panel of experts in June 2020 to study what protocols would be needed for a return to sailing. In September, the panel announced the results with "74 detailed steps to safeguard the health of guests, crew and communities."

Today's vaccine news puts the cruise operators on a more tangible path back to work. Investors are piling back in, expecting the beaten-down share prices to return to prepandemic levels as operations resume.